Sports bike is becoming a new trend for the bikers in Bangladesh & now a new one is added in the market. Suzuki GSX-S150 in Bangladesh, through the hand of a motorcycle importer. 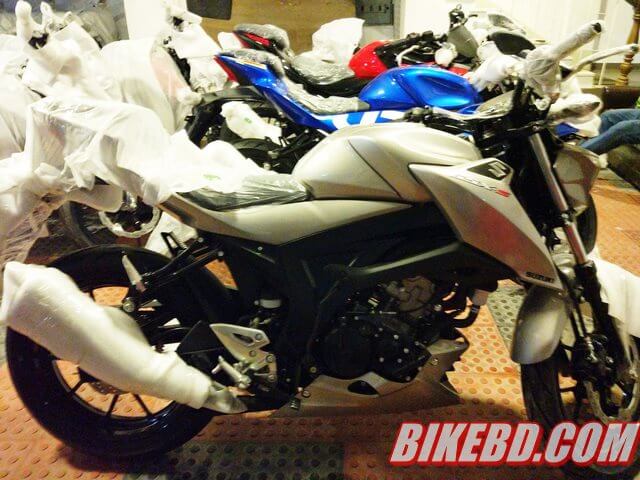 Suzuki GSX-S150 is the naked version of Suzuki GSX-R150. GSX-R150 was launched in Bangladesh back in March of this year. Both the bikes are coming from Indonesia through the hand of importers not the authorized distributor in Bangladesh. Suzuki GSX-S150 is a direct competitor of Honda CB150R Streetfire & Yamaha Vixxion Advance. The engine of the bike is capable of producing 19 BHP & 14 NM of torque. Like most sports bike the engine is water cooled and is fitted with FI system, along with the engine comes a 6 speed gearbox to deliver the power to the rear wheel. 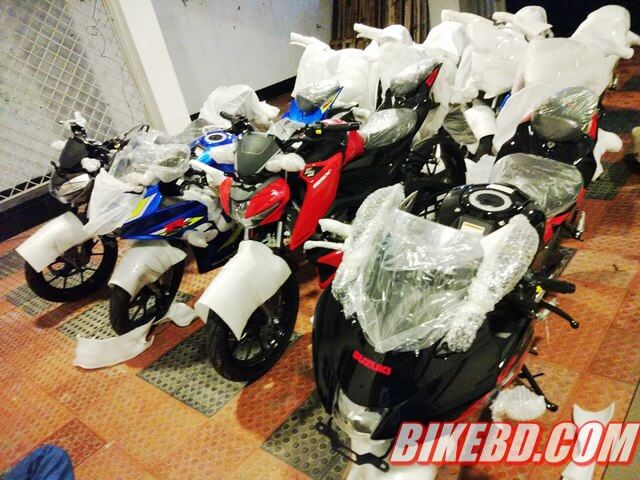 It has duel disc brake, alloy wheels, tubeless tyres & 130 mm rear section tyres for better grip on the road. The bike has LED headlight for better visibility at night. Fuel tank can carry up to 11 litres of fuel. The bike weighs 127 kg, in its class it is lightest & most powerful bike so hence carrying a better power to weight ratio. Speedometer of the bike is the same unit that is found in GSX-R150, full LED with some similarities with Suzuki Gixxer. There is split seat, something very rare to see in naked bikes. Under engine cowl to protect the engine from mud & dust. Unlike GSX-R150 this bike doesn’t feature any keyless entry or answer back options but overall it covers all the basic features. 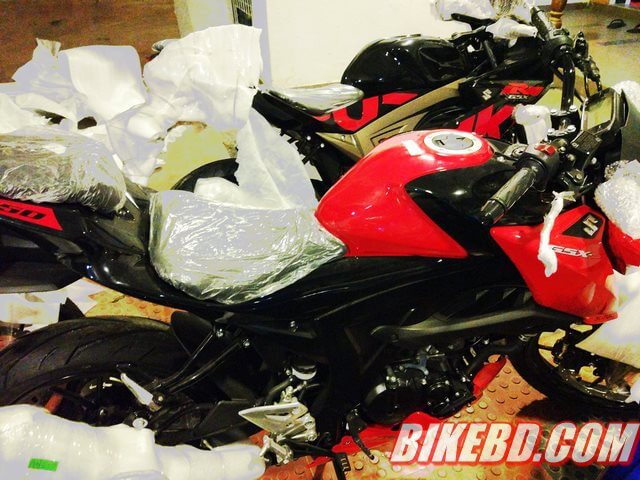 The bike will be available in four color options & so far we heard news that it will be priced around 365,000 BDT – 370,000 BDT in Bangladesh. Buying the bike through importer does gives some disadvantages which we covered in one of our previous article. So Suzuki GSX-S150 in Bangladesh is a new addition in the market & we are hoping that this momentum keeps on continuing. 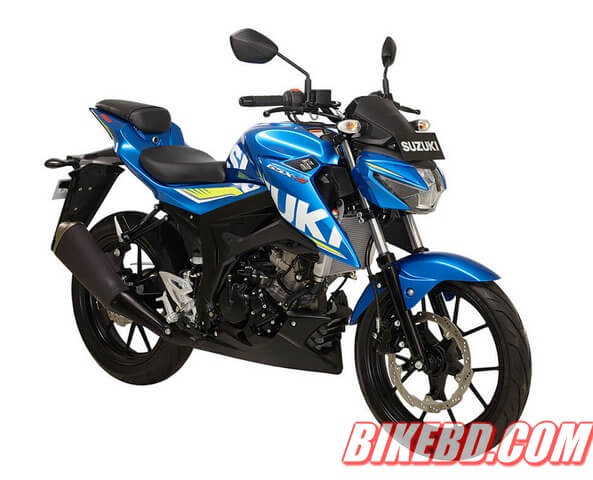 With the arrival of Suzuki GSX-S150 and many other bikes from Indonesia and Thailand, we are hoping that many Indian bike companies will also bring their trump cards to create competition in the market.