The Lifan KPR series is one of the successful sportbike series in Bangladesh and the flagship product of the Lifan motorcycle Bangladesh. The official distributor of this Chinese branded motorcycle, Rasel Industries Limited sequentially released different features of KPR from time to time. Beginning from early 2015, RIL released multiple updates of KPR. Hence here we came with Lifan KPR150 VS KPR165-FI VS KPR165-Carb Feature Comparison Review. 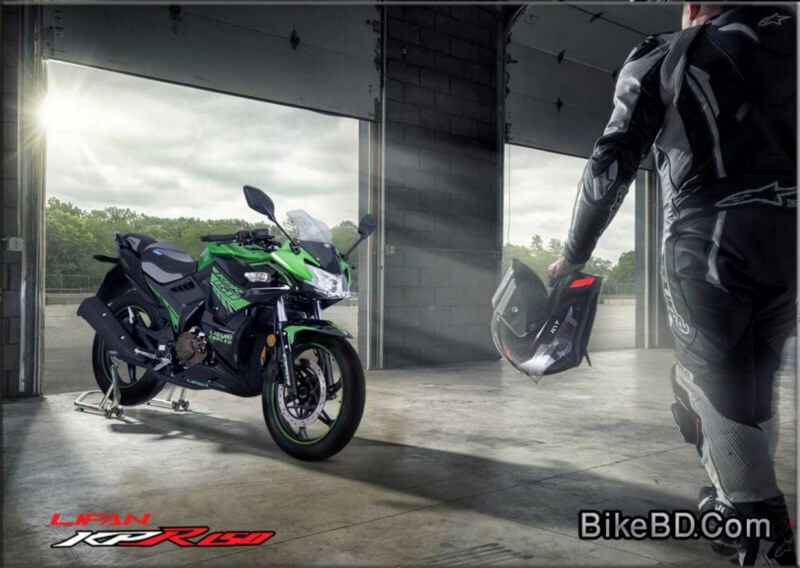 The Lifan KPR is the sportbike series from Lifan Motorcycles. In Bangladesh RIL, therefore, Rasel Industries Limited marketing this racing series of motorcycle from April 2015. Until now, RIL released multiple versions in the KPR series. Hence currently three different featured versions of KPR are rolling in our market. Thereby the feature comparison took the place.

In the looks, design, & appearance the Lifan KPR remaining the same iconic in its all the versions. Even the exterior and ergonomics also remained unchanged in the common aspect. But of course, improvement and updates came time to time with different versions in the features and even the exteriors. Thus, the different versions got updated and featured better to serve the versatile requirements of the customers.

Coming to the outer looks and design, the common appearance remained quite the same in all the versions we already mentioned. But several differences added in Lifan KPR150 VS KPR165-FI VS KPR165-Carb models. Sequentially, their exterior graphics and color schemes are not the same. Hence, they have remarkable & different graphical identity.

Additionally, the exhaust setup changed in the versions. Whereas, the rear tire dimension also changed which is identical between the models. Here, we should mention the KPR150 holding the previous design in the exhaust system. On the counter, KPR165-Carb & KPR165-FI holding a new design in the exhaust system. In addition, 165-FI also equipped with dedicated catalytic converter assembly. Hence, the rest of the structural features are the same in all the KPR versions. 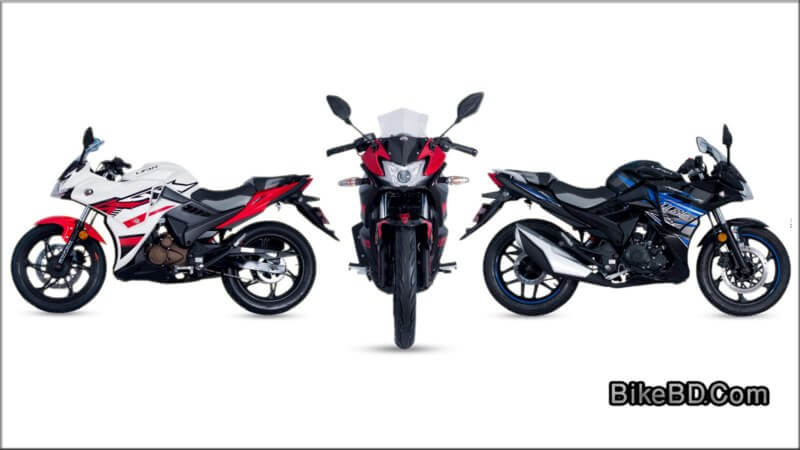 We said the KPR series is remaining iconic in all the versions available in Bangladesh even in the different displacement models. Therefore, the frame design and dimensions are also remaining the same in those versions. Further, the wheel, brake, & suspension system also remaining common but essential upgrades attached in the newer versions.

The Lifan KPR series owned its popularity with engine power & performance as well as the damn cool looks & design. Sequentially, the engine and other related mechanical stuff in Lifan KPR150 VS KPR165-FI VS KPR165-Carb got quite vital upgrades. Commonly, all the three models holding the same type of single-cylinder, four-stroke, water-cooled, 2-valve SOHC engine. All the engines are featured with return type 6-speed transmission and electric start system.

Hence the differences are in their cylinder displacement and fuel feeding system. Further, the engine tweaking is different, and the gear mechanism remarkably improved in the latest releases. Thereby the KPR150 is carrying a 150cc carburetor featured engine. That has rated for the power of 14.8BHP@8,500RPM and torque of 14NM@6,500RPM. On the counter, KPR165-Carb and KPR165-FI holding 165cc NBF-2 engines featured accordingly carburetor and EFI systems. Those are rated for the power of 16.8BHP@8,000RPM and torque of 17NM@6,500RPM.

After the knowledge on engine capacity and performance figures now the concern is which KPR version is featured for what? Well, the KPR150 is featured with the combination of power, acceleration, and fuel economy within a certain budget range. Being carburetor featured it can perform even in the worst fuel condition. Further, braking and controlling features are good enough even with the 120/80-17 size rear tire.

In the KPR165-Carb, the engine comes with a bigger displacement that also is the update Lifan NBF-2 engine. Hence the power and torque figure enhanced, and being the NBF-2 class engine it's more refined and performance-oriented. Moreover, the gear mechanism also developed. Being carbureted the positive side is KPR165-Carb can deal with the worst fuel situation which is a common issue in Bangladesh. But obviously the fuel economy may differ in a range due to carburetor setting and fuel condition.

Lastly, the KPR165-FI also carrying the same NBF-2 engine as the Carb model. But it enhanced with a new Electronic Fuel-Injection System, dedicated exhaust, and updated catalytic converter setup. Thus, the fuel economy and performance figures are more précised in the KPR165-FI model. Further, power delivery, gear shifting all are tweaked for better performance. But obviously it requires for quality fuel and caring maintenances to squeeze out betterment. That’s it. 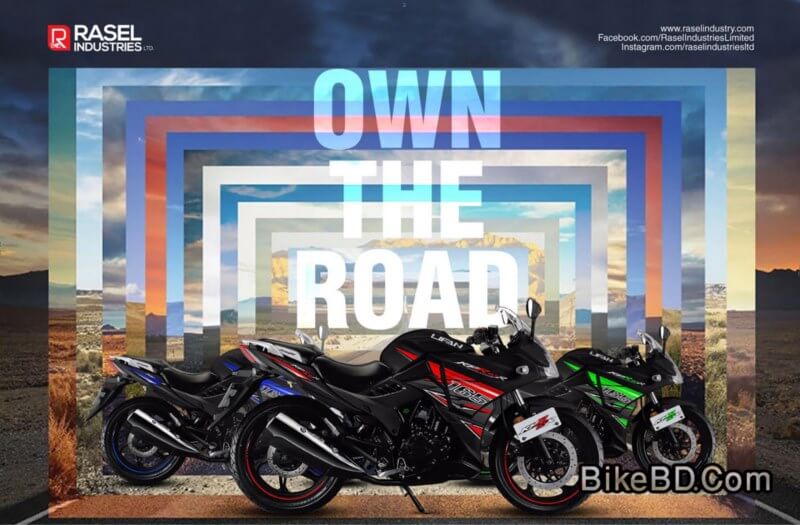 So, readers, that’s the summary of the Lifan KPR150 VS KPR165-FI VS KPR165-Carb Feature Comparison. We hope you got a clearer view of the features and performances of each version of Lifan KPR. So pick your model upon your need, requirement and riding patterns. Thanks, everyone.