Yamaha Vixxion My 2017 Is Unofficially Now Available In Bangladesh

Yamaha Vixxion 155 My 2017 is unofficially available in Bangladesh through the hand of an importer. The motorcycle is a naked sports bike which is inspired from Yamaha R15 V3. The bike is priced at 370,000 BDT without registration. 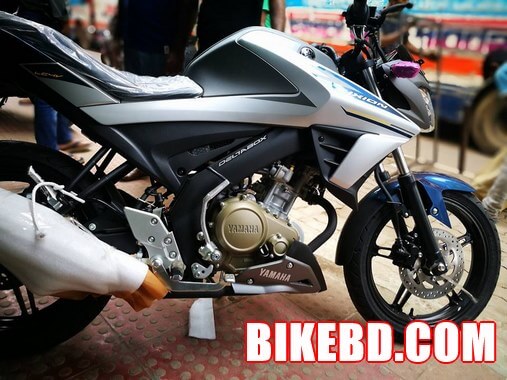 Yamaha Vixxion My 2017 has a 150cc water cooled single cylinder engine which was used at Yamaha R15 V1. The engine produces 16.2 BHP & 14.5 NM of Torque. The crankcase of the engine is new & it is equipped with a 5 speed gearbox. Team BikeBD reviewed Yamaha FZ150i 1.5 years back which was the first high performance bike ( for BD standard)  we reviewed at our website. The newly design bike also is fitted with a 120 rear section tyre & has kick & self starter as standard. Unlike the other sports bike it has box swing arm. The ignition key is now situated near the speedometer rather than on the fuel tank. 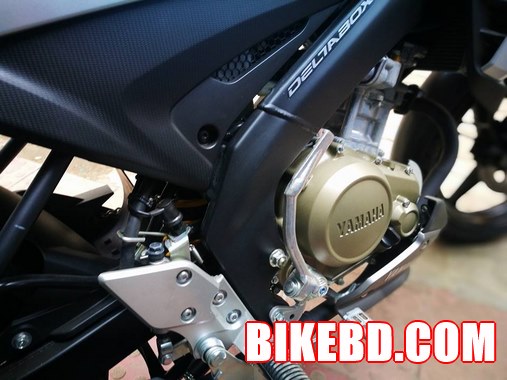 Vixxion My 2017 shares the same speedometer & switch gears which we found in Yamaha R15 V3. The LCD display system shows many things. It also has hazard indicator lamps, assist & slipper clutch which makes the clutch light & gear change very fast & soft. The main change in the new edition is the looks as now it has a new LED tail light & LED headlight with three clusters. Not the side kit are bit more extended from the fuel tank which not only gives good look to the bike but also it helps to allow air coming to the engine to cool it down at speed. 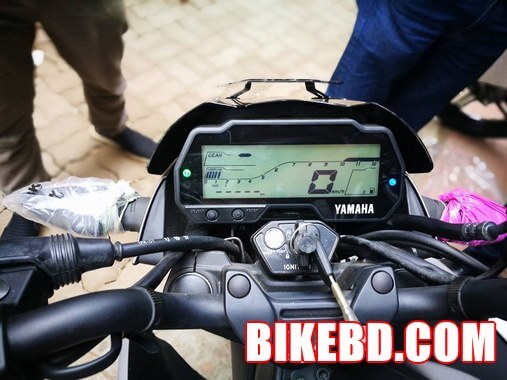 Among the other design change there is a sporty under cowl to help to keep the engine clean, delta box frame, front & rear disc brake, foot operated gear lever, removable rear mud guard. The front suspensions are telescopic while on the rear there is a mono shock suspension.

Fuel tank of the bike carries around 12 litre of fuel & the bike weighs only 132 kg. One of the special feature about this bike is that they now have forged piston & cylinder which is now 3 times more lighter, durable & stronger than the previous bike’s engine. 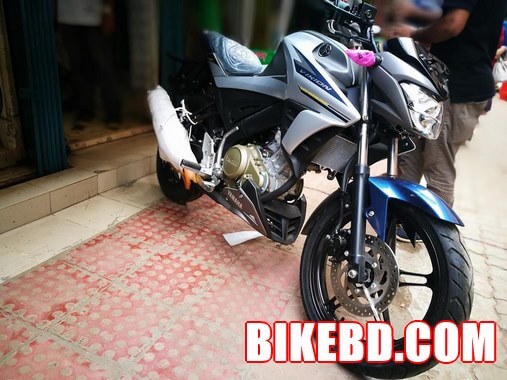 Yamaha Vixxion My 2017 is unofficially available in Bangladesh is a new addition into the battle of power on the road between Honda Yamaha & Suzuki in this sports bike segment we are also expecting that very soon we will get to see Yamaha Vixxion R through ERS Global (another importer)  in the market which carries many technical & mechanical things from Yamaha R15 V3 & will make it the most powerful naked sports bike in Bangladesh. 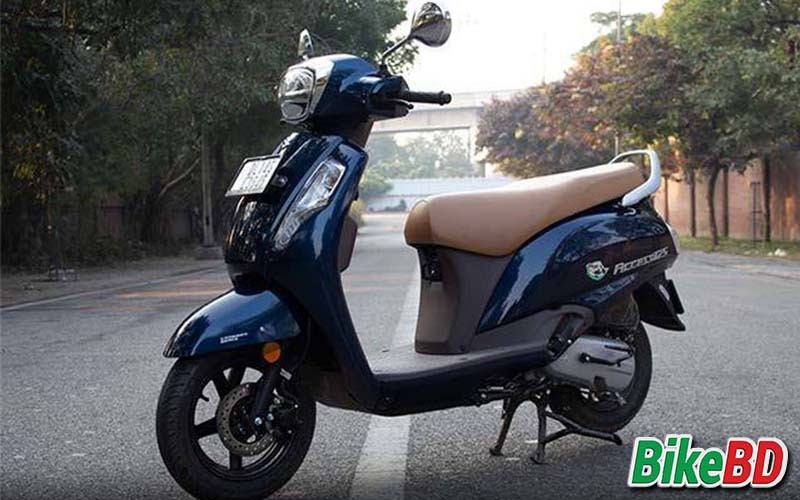 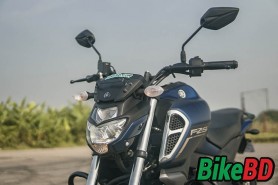