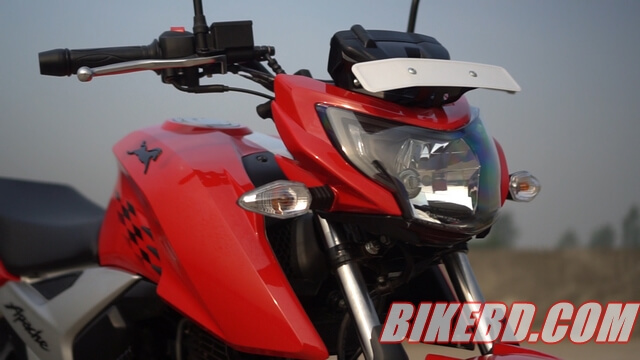 The new bike will be available in Red, Blue or Black colors with a price tag of 2,04,900 BDT ( Dual disc, carburetor). The brand new TVS Apache RTR160 4V not only comes with a new design but will also have a brand new engine. 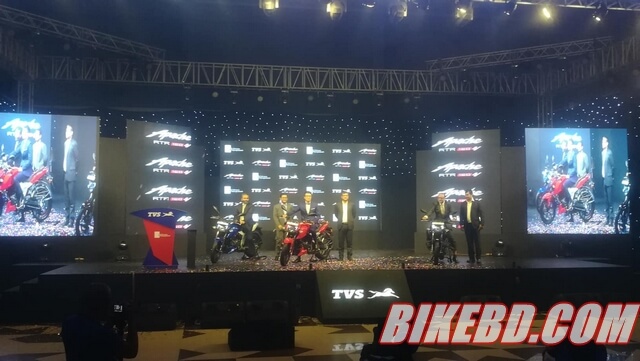 It shares many things from it's elder brother TVS Apache RTR 200 4V. In the new bike, you will find the following technical parameters: 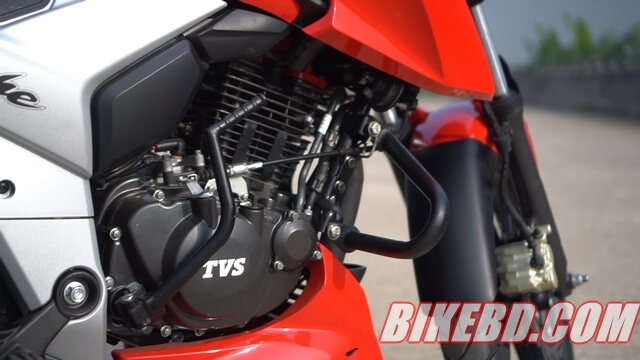 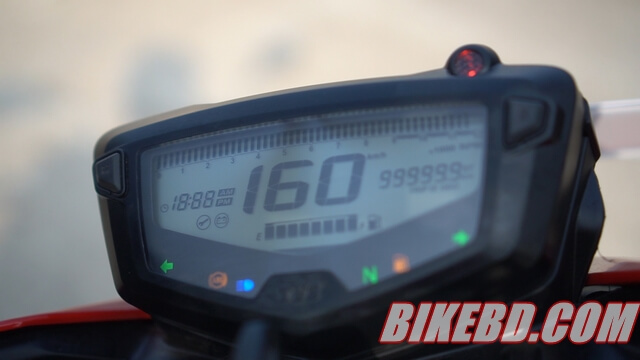 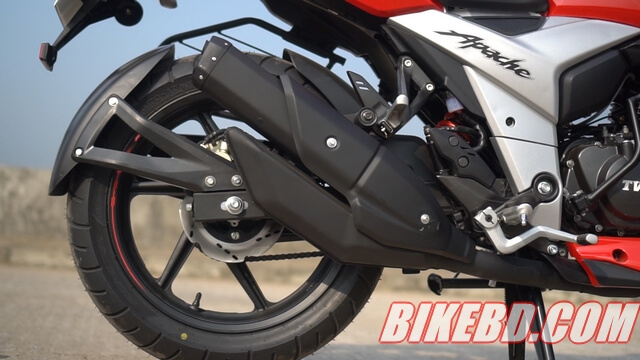 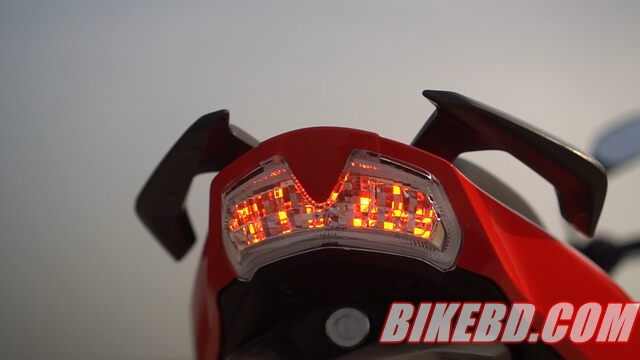 This year we already have seen the launch of two of the most premium 160cc motorcycles in Bangladesh from Honda & Bajaj, although TVS launched TVS Apache RTR 160 it was in the commuting and low budget segment. With TVS Apache RTR160 4V making it's the way it is high time that Bajaj too launch NS160 (Twin Disc) & Honda with Hornet (ABS Version) to spice up the market.