Few days back luckily we chanced upon the new bike as their service team was testing the mule at their backyard. We got it as a complete new machine with good look & features. We just can say we loved the new package. Some people who might think that it is just a sticker added beside the badge Xtreme we can say they are wrong. Not only they did a new sticker job with the bike but they also made some major cosmetic changes on the bike. The most important of all they have fiddled with the engine to squeeze out more POWER! 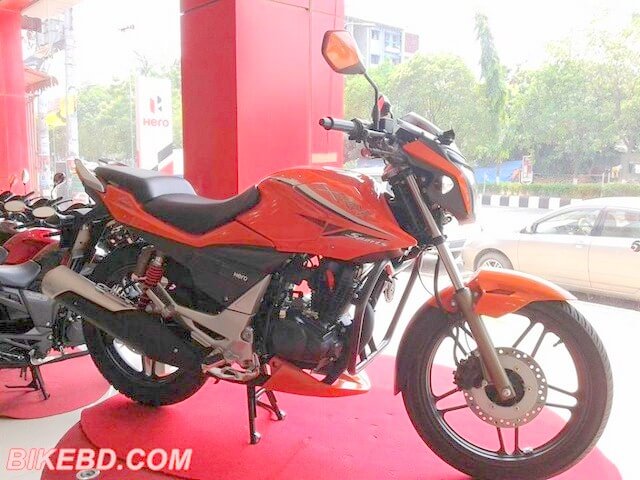 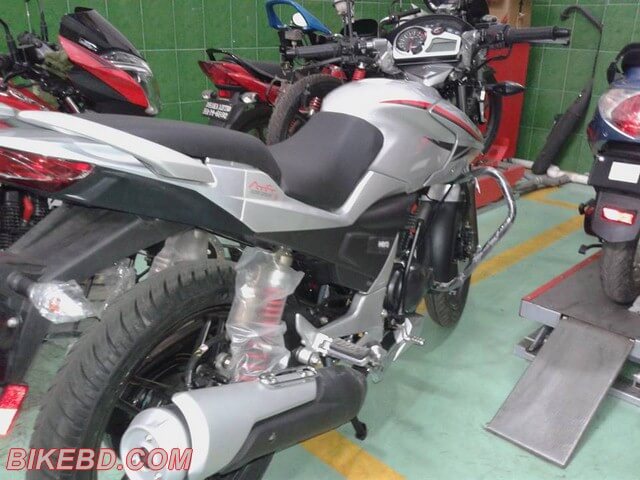 Whatsoever one of the biggest changes they made is that they added more power in this bike. Yes they only added 1 BHP but in mathematical term that is an increase of 7%, where only Honda CBR150R increased the power of their machine by a margin more than this. They also gave the new bike an extra 0.7 NM of Torque for more carrying ability. THIS HAS MADE XTREME SPORTS THE MOST POWERFUL 150 CC BIKE BANGLADESH IN ITS PRICE SEGMENT. 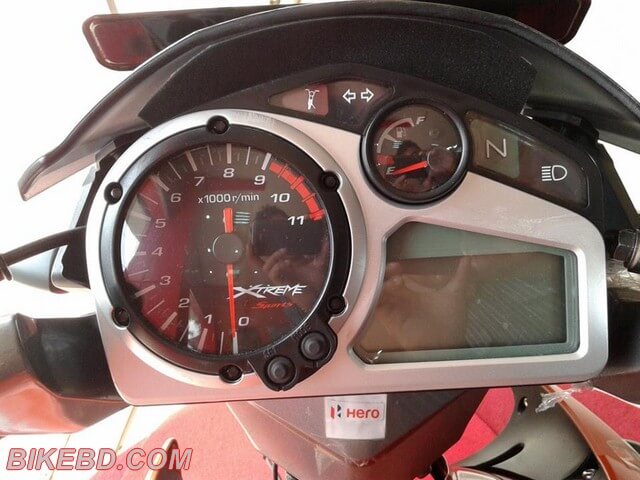 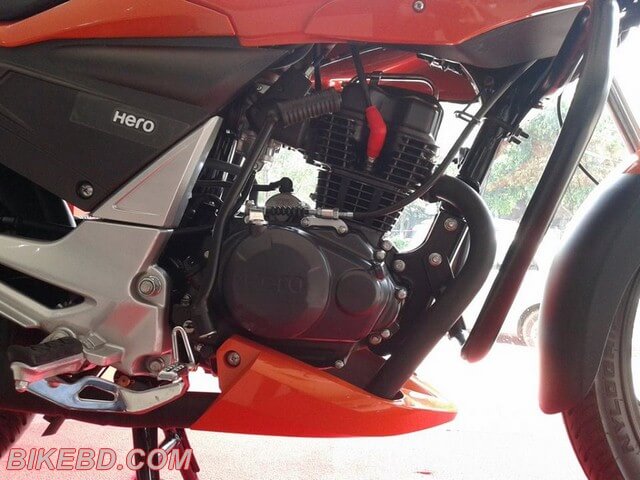 The Hero Xtreme Sports looks totally different with a new headlight and to be honest it looks more aggressive than the current one and during night time it looks more attractive. The scoop is elongated. They have added split seats on the bike and engine mud guard to keep the engine out of mud and dust as much as possible. They have added a new stylish turning indicators replacing the Hero Glamour ones, they gave a full chain cover for the bike so that the chain & sprocket can be saved from dust and stay clean.

The dashboard is similar to that of the old (Hero-Honda) CBZ Xtreme.  One of the interesting thing about the new Hero Xtreme Sports is that they have arranged the bike’s ignition key on it’s neck rather then on the speedomemter console, which got some classic touch and something that is new in Hero bikes. The suspensions of both the bikes are same so are the rims, tires and brakes. The only other major change with the bike is that they have increase the mass of the bike by 1 kg. 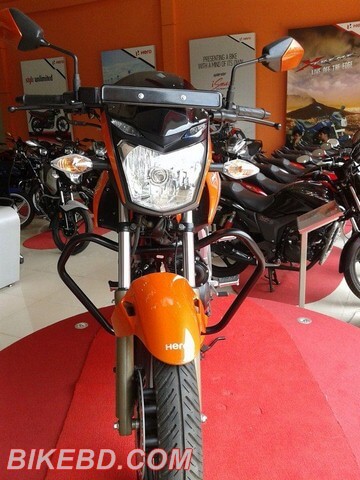 The team claimed that despite doing so many changes the bike will give good fuel efficiency in the 150cc segments and they assured us to try their level best to price it in such a way so that bikers in Bangladesh can afford them. So readers lets wait for the Hero Extreme Sports, we are also very much interested to watch the show of Hero Xtreme Sports on our roads.