Honda Motorcycle & Scooter Limited has updated the Honda Livo 110 with new graphics and a new design on its ODO console. The new motorcycle is featured with a digital display along with an analog speedometer. Hence here we are with Honda Livo Featured With Digital ODO Meter to cover up the features. 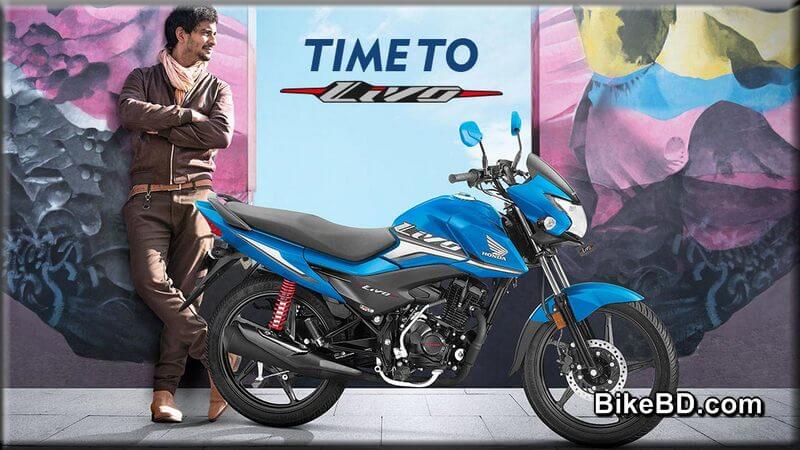 Nearest Honda Showroom To You

The new Honda Livo comes with few updates in design. The appearance was also richened with new graphics and shades. Whatever the bike is carrying the same frame and body panels. But few parts has updated with the new design.

The motorcycle comes with a new ODO pit. Now it’s a combo setup with an analog speedometer along with a digital display. It looks refreshed and of course pretty gorgeous. The digital display shows the ODO, fuel gauge, trip meter, and clock.

The second change came in design which is the exhaust. The exhaust heat muffler is the new one. It comes with a new design and of course, the note is sweet.

Thirdly the new Livo comes with new graphics and shade. It comes with an eye-catchy sporty sticker job and color scheme. Hence overall it got a new getup and looks. That’s cool and pretty attractive.

In the wheel, brake, and motorcycle suspension system, the Livo is remaining the same. The wheels are all alloy with tubeless-type tires. The front brake system is hydraulic disk type and a drum brake comes as an option. Here again, the rear brake is the same drum type.

The suspension system of the Livo is telescopic hydraulic type in front. The rear set is spring-loaded and sealed type. The rear suspension setup is the double unit that is attached to the swingarm. 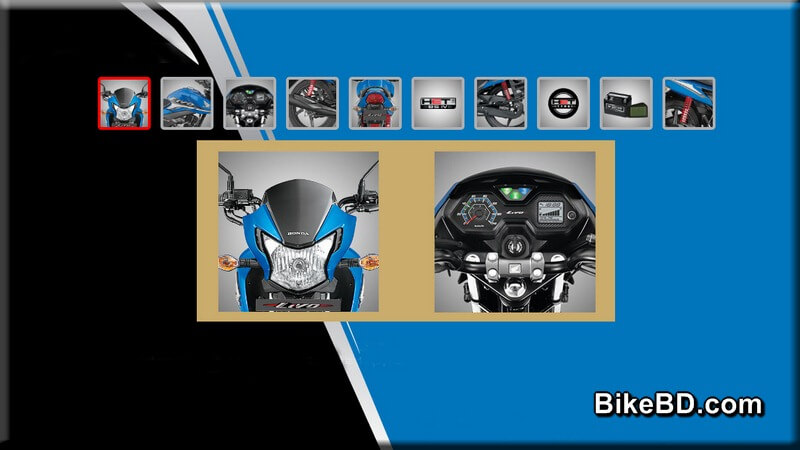 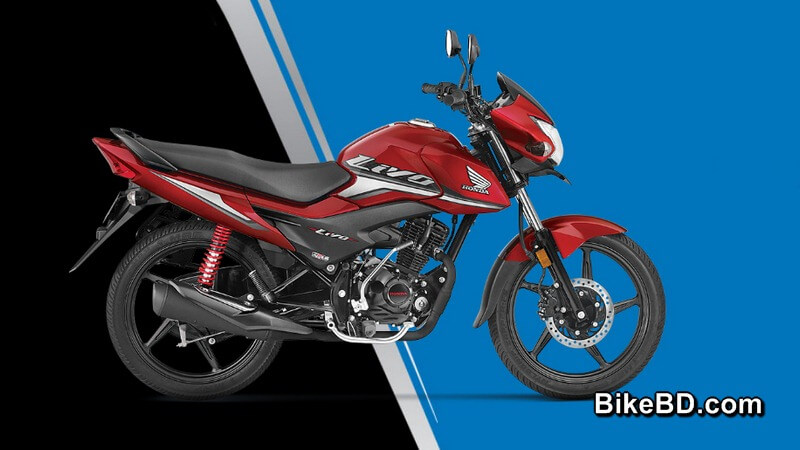 New Honda Livo comes with the same engine as was before. But the engine was tweaked and refined according to India's BS-IV standard as recommended by the Indian governing authority.

Furthermore, the engine is also featured with Honda’s HET technology. So the new Livo is more efficient in producing power, fuel economy, and also in emission standards.

Whatsoever the engine of Livo produces the peak power of 6.2kW at 7,500RPM and the torque of 9.09NM at 5,000RPM. The engine delivers its power with a four-speed gear setup. Hence the engine featured both kick and electric start features.

So, readers, these are the quite visible features of the new Honda Livo. Therefore it’s now more updated with a sportier look, skin work, and features. We hope that very soon they will launch this motorcycle in Bangladesh. Furthermore, the engine is more environment-friendly with the BS-IV standards. So you will enjoy more fun with the new LIVO. Therefore ride Livo and enjoy your ride. Thanks, everyone. Trackers BD - A Vehicle Tracking System For All Kinds Of Vehicle