Bangladesh Honda Pvt Ltd will display the Repsol Honda MotoGP bike in Bangladesh in the Indo-Bangla Automotive Show 2017 (Source). This will be the same motorcycle with which Marc Marquez won the MotoGP WC in the year 2013 which was his first year of racing in the premium class. This is the first time a MotoGP bikewill be displayed in Bangladesh.


Honda has won both the Constructors Title and Riders title in the 2016 FIM MotoGPTM World Championship and, to celebrate another victory in Honda Motorsports history, the Honda RC213V will be displayed first time in Bangladesh and is the real MotoGPTM racing machine which Marc Marquez (Repsol Honda Team) won the riders title in 2013. Bangladeshi biking enthusiasts will get the chance to see the beauty of Marquez’s ultimate racing machine. 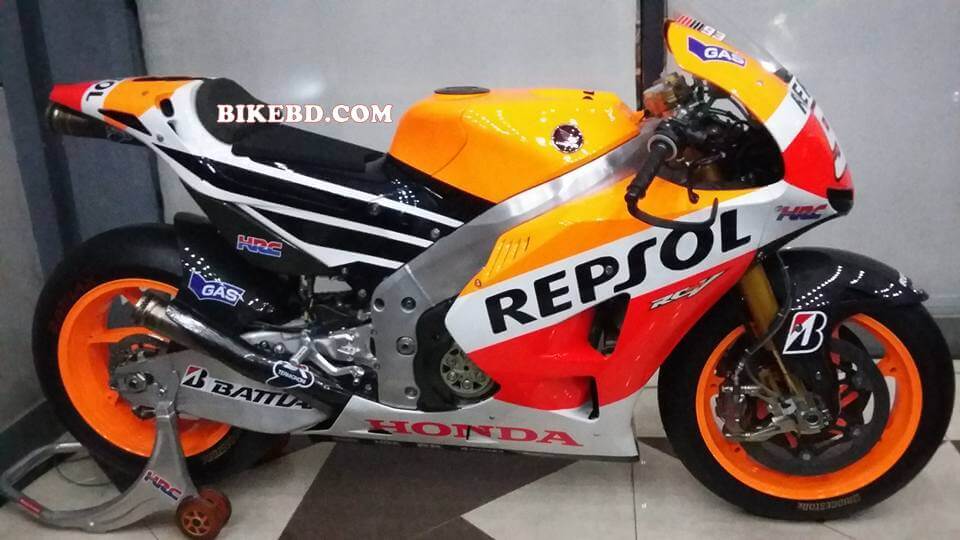 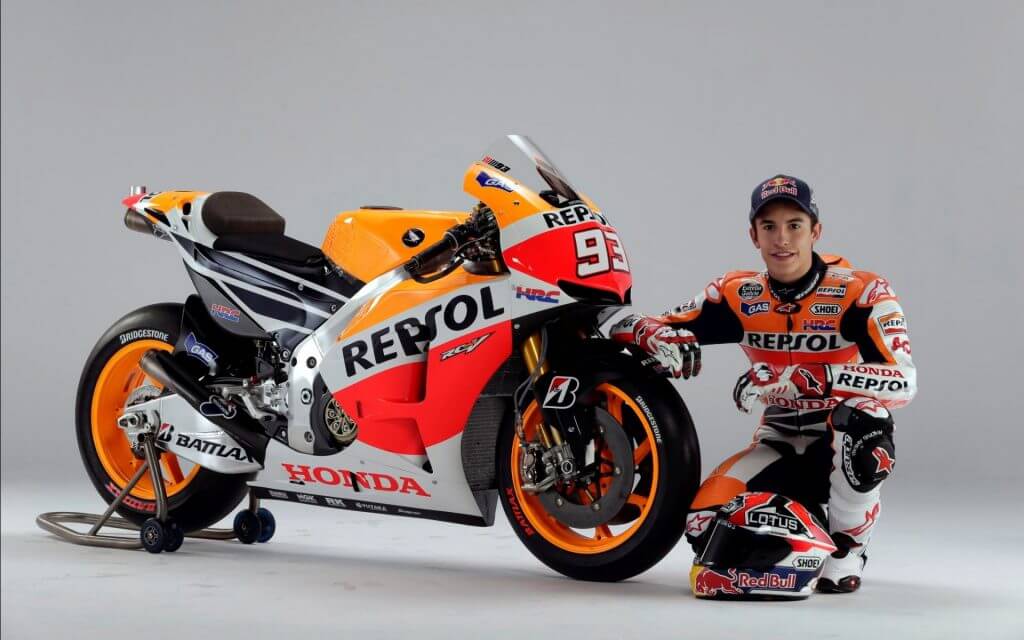 This particular model is the RC213V is a 1000cc 4 cylinder bike that produces 230+ BHP @ 18000 RPM! and is fitted with a 6-speed seamless gearbox. According to data by HRC (Honda Racing Corporation), the top speed of the bike is 350 km/h. One of the biggest reasons for the top speed is that the entire bike weighs just 160 kg (CBR150R weighs 137 kg) because is made mostly of carbon fiber & aluminum. The bike has a fuel tank capacity of 20 liters and it is estimated that on average the bike turns out 6-7 km/l of fuel. This type of motorcycle has a sophisticated Traction Control & Launch Control system. Honda Racing Corporation won 18 MotoGP World Championship which is the joint-most in the history of MotoGP. The price of the bike is estimated to be 2 million US dollars, but these bikes are not road legal they can only be ridden on track with riders who are equally talented as Marc Marques. The bike will be at display between FEB 2-4 at Bashundhara Convention Centre and the show is open for all, hope all the racing fans will come and see the bike. This is the first time we will get to see MotoGP bike in Bangladesh in the Indo-Bangla Automotive Show 2017  Marc Marquez in MotoGP  Race Start: 72 Won: 29 Podium: 51 Poles: 37 Fastest Laps: 34 World Champion: 3 Times ( 2013,2014,2016)
Specifications:
Useful Article You May Like:Read By Category: