Lifan has continuously proved that Chinese motorcycles are not to be underestimated. Lifan has brought the Chinese motorcycle contingent in Bangladesh to a whole different level. Five years ago, if you were to ask any biker which is the top sportbikes, they would say, “Yamaha R15, Honda CBR, and Suzuki GSXR”. But now two other bikes are regularly added to that list, they are Lifan KPR 150 and Lifan KPR 165. Lifan has brought a new version to the market, the Lifan KPR 150 V2.

The Lifan KPR 150 V2 comes with a completely new design and new color schemes. The headlight is an LED projection light. The light from the headlight is enough to ride in the night. The taillight and the indicators are also LED. The design of the lights is very much similar to the previous version.

All the above colors are glossy and are very much attractive. The engine color has also been changed to indicate a more refined engine than the previous version.

The Lifan KPR 150 V2 has split seats. The seats have been made bulkier to provide more comfort to both the rider and the pillion. The design of the seats has also been changed to make the bike look more attractive.

The Lifan KPR 150 V2 is shorter than the average bike, with a seat height of only 775 mm. That ensures the fact that a lot of fairly short riders will be comfortable and confident to ride it. But a short bike also means a low bike. The ground clearance of this bike is a mere 165 mm. Now that won’t drag the bottom of the bike, but it will scratch the bottom over every speed bump in the city.

The height, length, width, and weight of the Lifan KPR 150 V2 are 760 mm, 2060 mm, 105 mm, and 150 kg respectively. The bike is a bit on the heavier side when compared to its competitors, but that is so that it can stay stable at high-speed maneuvers. The bike has an average wheelbase, which means it will be a well-balanced bike.

The Lifan KPR 150 V2 comes with a carbureted engine. The bike comes with a 4-stroke, single-cylinder, 150cc, and is liquid-cooled. The engine produces 14.08 BHP of power at 8500rpm, and 14 Nm of torque at 6500rpm. The power and torque figures are quite mediocre in the sportbike segment but quite exceptional in the commuter segment. The engine is much more refined than the previous version and is expected to give a mileage of around 40kmpl.

The Lifan KPR 150 V2 comes with a basic wet multi-plate clutch system. But what is exciting is the 6-speed gearbox. The 6-speed gearbox ensures that this is a performance-oriented bike. The bike has a top speed of around 131kmph (BikeBD tested).

The Lifan KPR 150 V2 comes with dual disc brakes. The front being 300 mm, which is bigger than the regular disc brake. This huge disc up front pretty much ensures safe and early stops during emergency braking situations. The rear disc brake also ensures better and stronger braking power. The bike sadly does not come with either ABS or CBS, and that is a total bummer.

The Lifan KPR 150 V2 has regular telescopic forks in the front and a mono-shock in the back. While the front forks do respond well during cornering or while going over a bump, the rear mono-shock may not perform up to the mark, alone or with a pillion.

The wheels are the biggest turn off of the Lifan KPR 150 V2. It comes with a 100/90 and 120/80 tire setup. Being a 150cc bike and having that tire setup is an absolute shame. The cornering is okay, but not justified considering the power and torque figure. Rolling the throttle open mid-turn to stand back up is scarier on this bike. The braking performance is also brought down by the tires as the rear tire is highly prone to skids during sudden brakes.

If you are looking for a fairly good sportbike with average specs but have a small budget, then this might be your bike. This bike was made for the young generation and the speed freaks. This bike has a very aggressive acceleration and a very sporty attitude. A person riding the Lifan KPR 150 V2 to university or office, will always stand out.

This bike has some notable competition.

In conclusion, it can be said that the Lifan KPR 150 V2 is one of the best bikes of its segment. It does have its pros and cons, but which bike doesn’t! The Lifan KPR 150 V2 has always amazed the motorcycle community and it will continue to do it. 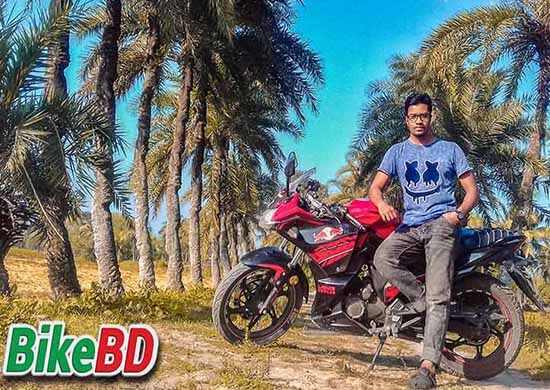 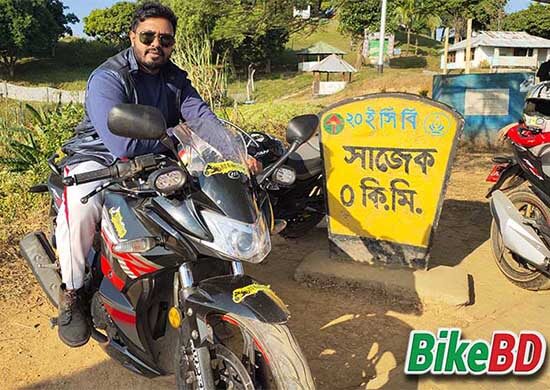 Ans- Lifan is a Chinese motorcycle manufacturer. The assembly of Lifan bikes in Bangladesh is done in Bangladesh.