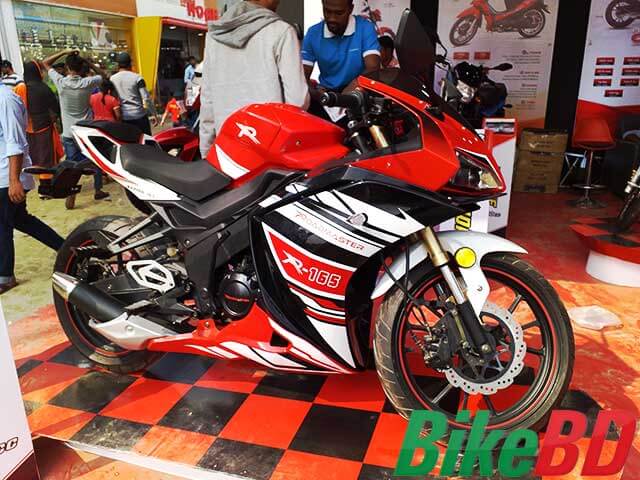 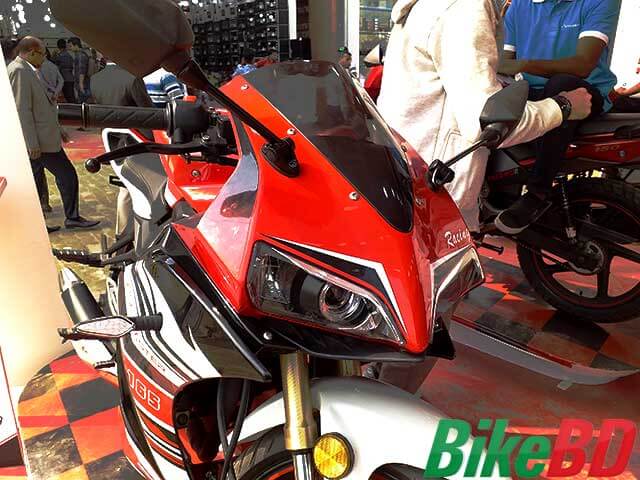 Now let’s start from looks and style. From front to tail this bike looks full sporty. The aggressive looks and style will impress you at first sight. The front style is something you remember of the GPX Demon. 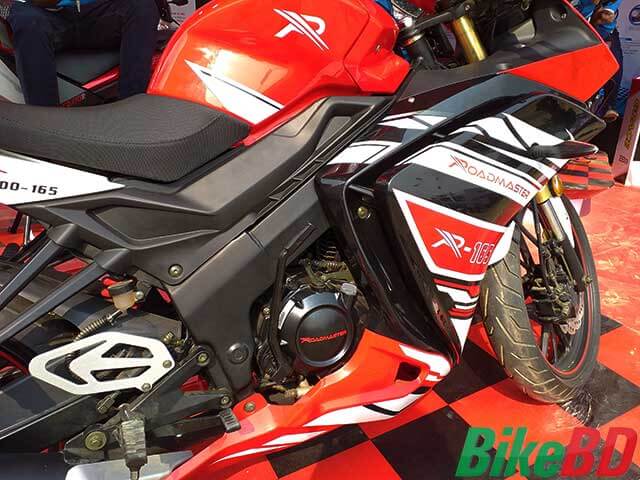 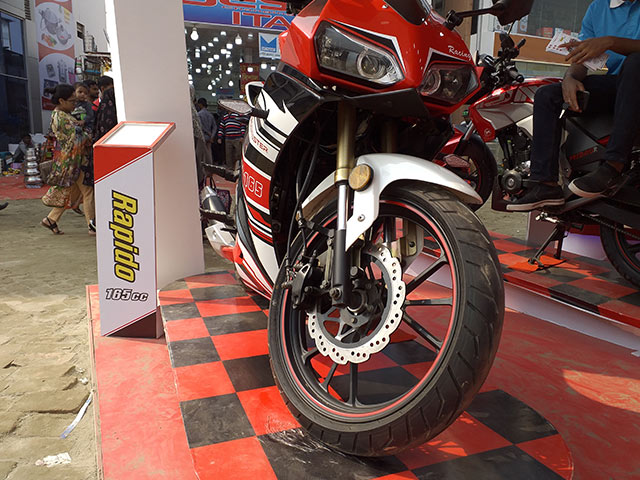 Let’s talk about the tire and suspension. In front, the give the USD telescopic suspension and rear on is mono shock spring. The front tire of this bike is 110/17 and rear tire 140/17. Both are the tubeless tire. Which is good for a sports bike. We think it will give much feedback in braking and cornering. 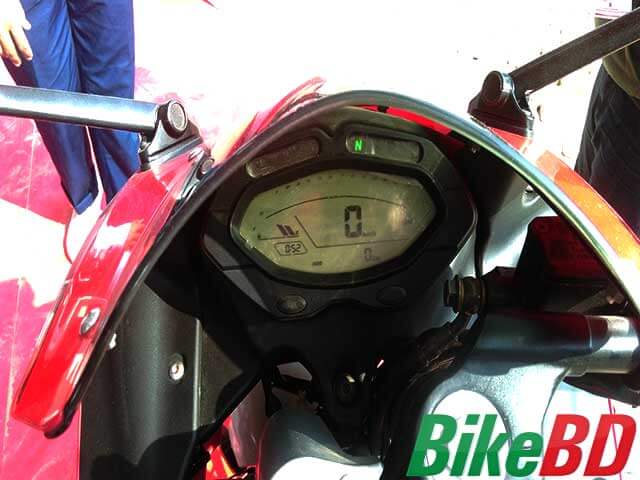 The length of the bike is 1925mm, width 750mm and height 1075mm. The wheelbase of this bike is 1320mm. Seat height of Rapido 165 is 780mm. In the dashboard, there is a full digital speedometer. In speedometer, it shows the rev counter, speed, gear, fuel gauge, time, other warning lights.

Roadmaster Rapido 165 is a fully featured bike. In front, they added a LED Projection headlight. We think it will give good feedback on road. Tail lights and Indicators are also LED. In front and rear, they give the disc brakes in both. Like the Rapido 150, they give CBS (Combi Braking System) in the Rapido 165. In fuel tank, it can carry 14 liters of fuel.

So now the market heats up with this bike. At Dhaka, Trade Fair spoke person from Roadmaster Motorcycles stated that the bike will be coming to Bangladesh very soon & the price is expected to be around in the range of 170,000 - 190,000 BDT.