Pulsar Stuntmania is going on full swing, and the Fourth Episode of the season has just been aired on last Friday. A lot of things have happened in the fourth episode, and in this article, we are going to point out the key moments and every detail.

Pulsar Stuntmania is the first-ever motorcycle reality show in Bangladesh. The Episodes of the Pulsar Stuntmania Season one has been broadcasting for several weeks now, and in every episode, there will be challenges for the contestants and at the end of the episode, one out of the remaining stunt riders will have to leave the show.

The fourth episode of the show started with the wonderful presentation of the host Indrani Das, and like the two episodes before,  Actor A.B.M Sumon and Actress Sohana Saba were highlighting the chairs of the judges.

Only nine contestants were participating to compete with each other, and a really difficult task was presented for them. The stunt riders must complete those two challenges, and collect points to go make it to the next episode. There were two challenges, and both were combined. The first challenge was Break The Pot challenge. For the challenge, some pots were placed on the ground, and the rider would have to ride to them, perform a stoppie, and break the pots by landing the rear wheel over it. Also, there were coupons for bonus points under some of the pots, which will give the rider an extra point. The rider were given two and a half minutes to attempt on breaking the pots, and then he would have to go to the next challenge. 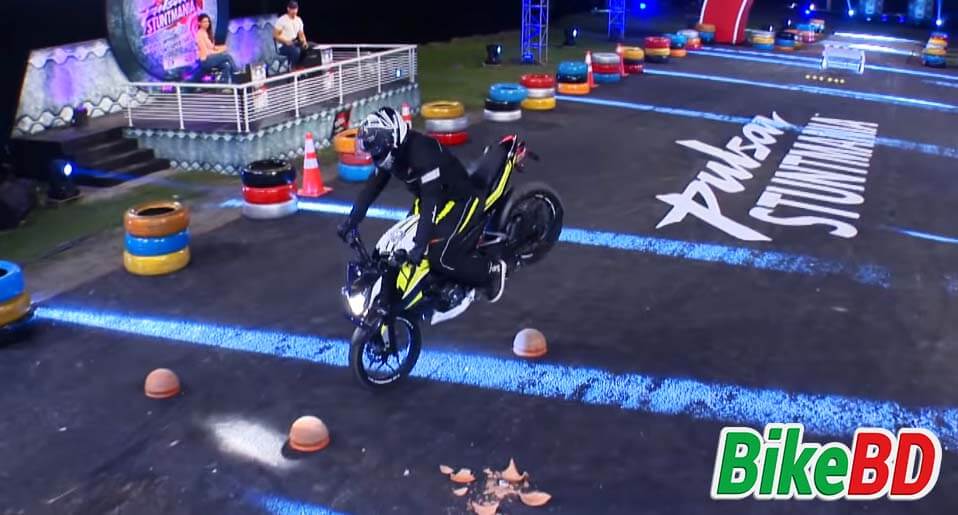 The second challenge was called Pulsar Hockey. A small hockey goalpost was placed at the other end of the stuntground, and before that, 6 hockey balls were placed. The bikes must ride on one hand, while hitting the ball to the goal with a hockey stick with the other hand. The riders were given 6 chances to hit the balls. Despite some minor crashes, all the riders attempted the challenges and completed them, though most of them did not complete with great success.

After the challenges, the results were published, and one of the contestants, Sanowar Hossain was awarded Pulsar Stuntmania Stuntman of The Day based on his incredible precision, styling, and attitude on the Break The Pot Challenge. The process of elimination was not easy in this episode. There was a tie on the points, so there was an extra round to decide who is going to continue on the show! The round was a version of Break The Pot Challenge, but this time, these two riders went against each other and rode head to head to break the most amount of pots. After this, one contestant was eliminated from the season, and the other one joined the rest. Only eight stunt rider remains in the show, and they will compete with each other to be the winner. The winner will receive a reward of 10 Lac Taka and a brand new Bajaj Pulsar NS160. 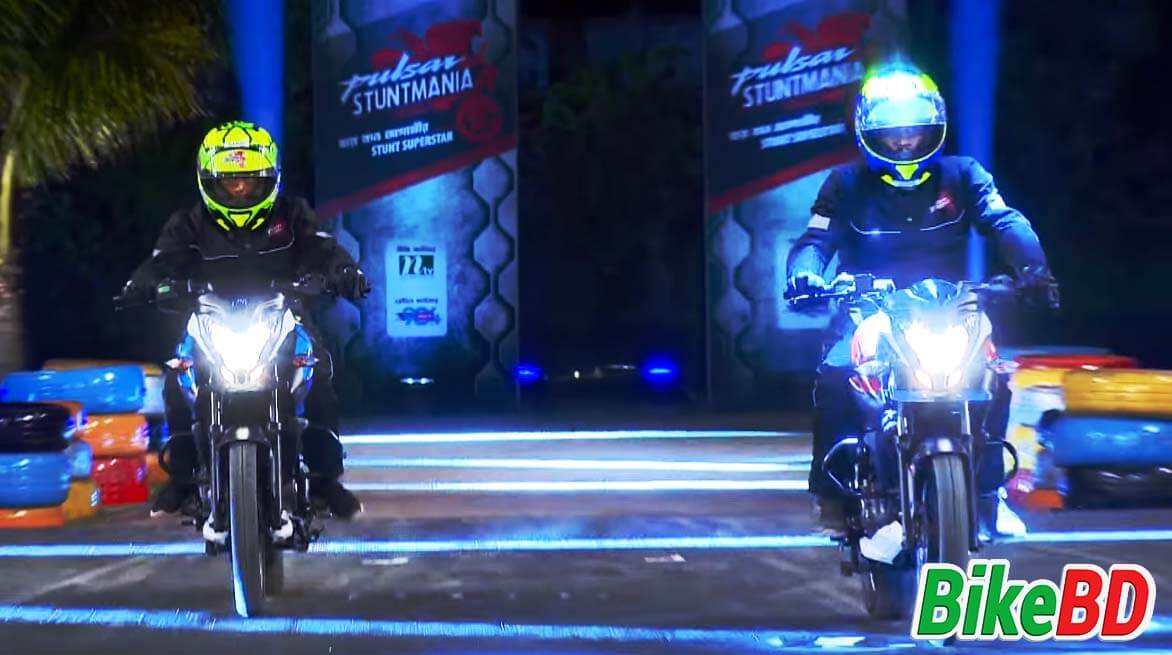