KTM RC125 Is Going To Be Available Soon In Bangladesh!

Motorcycle World Ltd (MWL), the sole importer of KTM Motorcycles in Bangladesh reported to BikeBD that KTM RC125 is coming soon in Bangladesh. Currently they are taking pre orders of the bike and it is believe that they will start delivery come December 2017. They will for sure introduce KTM RC125 (2017) in Bangladesh. 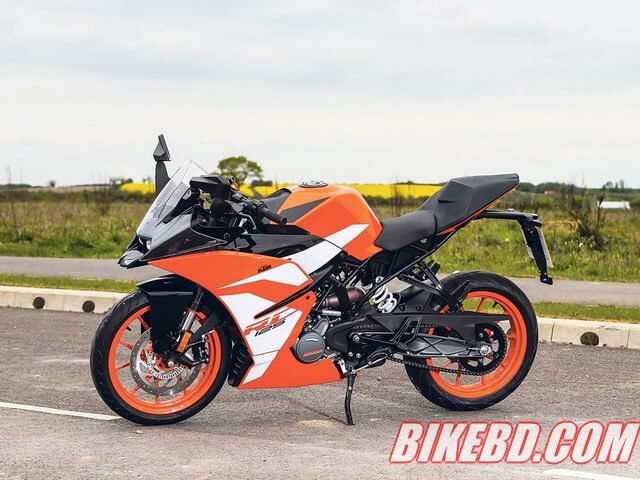 https://www.youtube.com/watch?v=lWSMX_9t5cw KTM RC125 is a sports version of KTM Duke 125 (2017) which was launched in Bangladesh in August of this year. Unlike KTM Duke, RC had some minor upgrades from its 2016 edition. One of the changes is the engine as even though it is the same engine from 2016 but now it’s been upgraded to Euro 4 emission compliance. 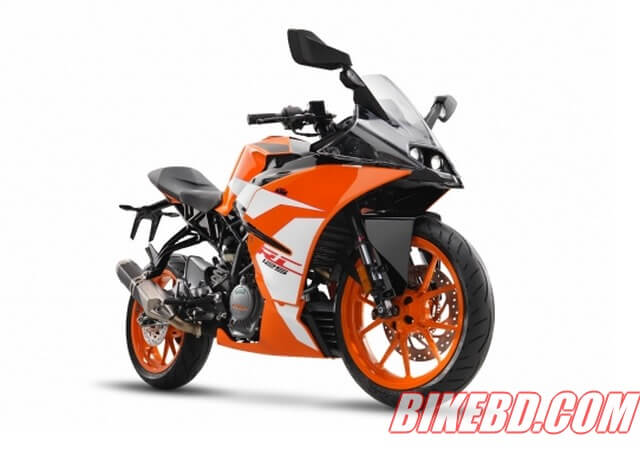 There is a new side mount exhaust & a bellypan unlike the old version there are no under belly exhaust. The looks of the bike is very wild, those two headlights does give wildness attitude. There is windshield on the front fairing & the handle bar is very aggressive like a sports bike. The windshield also helps in the aerodynamics of the bike. A special feature of KTM RC125 are the incorporated blinkers into the mirror structure which gives it a fantastic look added to those wild headlights. It also helps the aerodynamics of the bike. The bike has split seat for the pillion. Seat height is 820 mm which is sort of standard in this class. 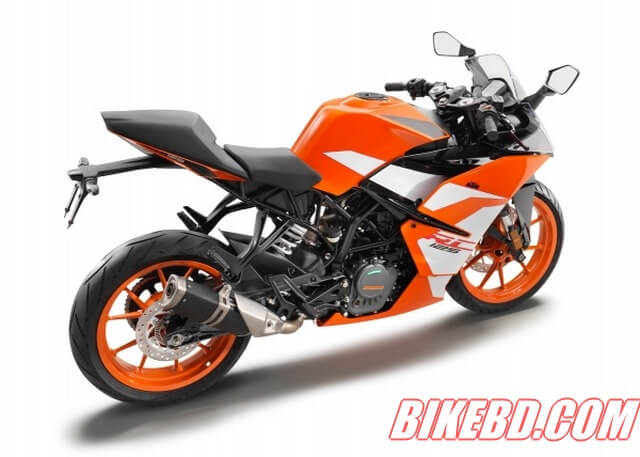 There are 17 inch orange painted cast wheels with 110 mm wide front tyre & a massive 150mm rear tyre. Both the tyres are tubeless & have disc brakes. A four piston radially bolted 300 mm front disc brake is connected with ABS which gets its support from the single piston floating caliper 230 mm rear disc brake.

Click Here For The Full Specification of KTM RC125

Fuel tank of the bike can carry 10 litre of fuel & KTM expects that it will return a good mileage to the customers. Speedometer of the bike is a big unit which is fully digital. Switch gears are normal & they are not as Duke125. 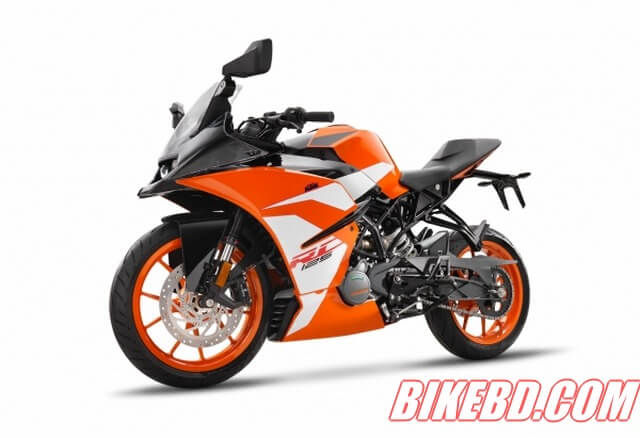 Motorcycle World Ltd will introduce KTM RC125 in Bangladesh in December 2017. Currently they are taking prebooking for their bikes and in this time they have offered retail price of KTM RC125 585,000 BDT. This price will be only valid from October 5th - 7th at GEC Convention Centre Chittagong & at Motorcycle World Ltd Dhaka Showroom at Eskaton. Currently the only other motorcycle in this segment is Aprilia RS4 125.
[siteorigin_widget class="SiteOrigin_Widget_Accordion_Widget"][/siteorigin_widget]

To see the details of Bike prices in Bangladesh and Bike showroom addresses near to you visit BikeBD.Com. Stay with us for more updated motorcycle news keep visiting our website and subscribe to our BikeBD Youtube channel, also stay connected to our BikeBD Facebook Fanpage. Yamaha Cash Back Offer - New Revolution of Riding With Yamaha! Riding A Motorcycle Putting Earplugs In the Ear – 5 Issues