In Bangladesh most of the motorcycle users are commuter user. The 100cc segment is very popular segment of commuting. In the recent times some 100cc commuter grabbing user attention and we are facing queries on them. So here in respond today we are with Keeway RKS 100 VS Dayang Runner Bullet 100 Comparison Review. 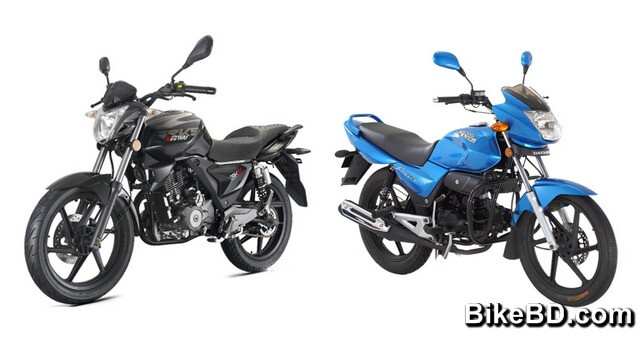 Before the discussion on both bikes we should mention few words on them as intro. The Keeway RKS 100 is the 100cc commuter from Hungarian motorcycle brand Keeway which is distributed in Bangladesh by Speedoz Ltd.

On the other side Dayang Runner Bullet 100 is the 100cc model from Runner. You know Runner Automobile Limited (RAL) is the Bangladeshi motorcycle brand who is manufacturing motorcycle in support of local enforcement and foreign technical support.

Both the bike Keeway RKS 100 and Dayang Runner Bullet 100 looks pretty good and designed as a commuter. But there are some differences in concentration of design for the target customers. 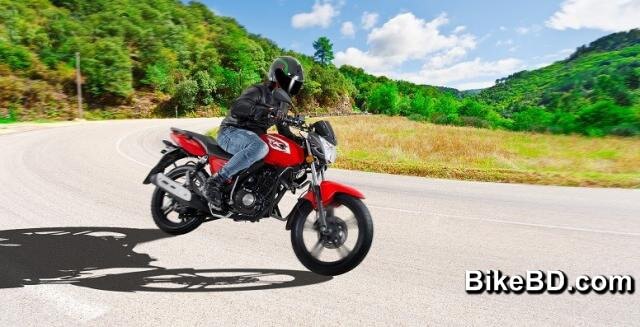 There is nothing to complain with its appearance as it looks gorgeous. So within short time this bike took it place in the commuter motorcycle market of Bangladesh.

On the other side Dayang Runner Bullet 100 also looks good enough with its conventional looks & design. Its appearance which is very much fits with all kind of commuter users both of cities and rural. 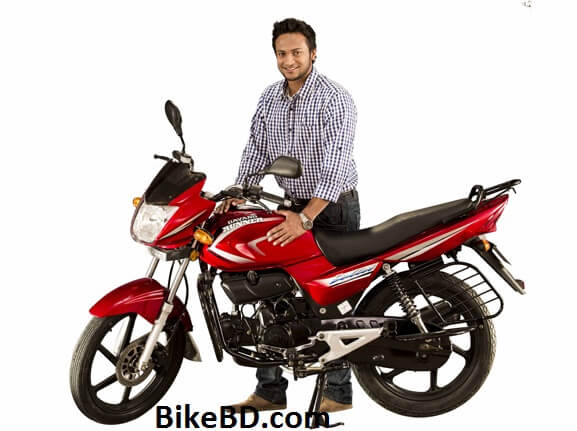 So it has a wide range of popularity in the commons. Moreover currently it covered with some new color scheme which really increased its appeal.

Therefore here in this comparison I would like to put Keeway RKS 100 in forward comparing Runner Bullet 100.  The RKS 100 looks really sharper and more appealing in terms of external feature and sharper design.

The commuter segment is solely efficiency oriented which is in terms of price, fuel efficiency, service, durability and maintenance. So here comes the core competition. So before finding out those issues in comparison here is the specification table of the both bike first. Let’s take a look.

*All the price and specifications are subject to change upon company rules, policy, offer & promotion. BikeBD is not liable for the changes. 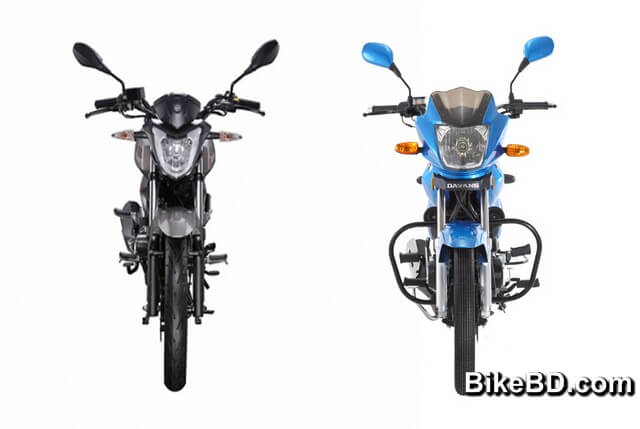 Here fuel supplied by carburetor and engines are equipped with two valve. Both of them have same 4 speed gears and with same starting feature.

But significant issue is the RKS 100 engine is a square engine with the compression ratio of 9.5:1. The power and torque rating is also good a commuter. But one thing sure this engine needs pure fuel with at least RON87 which is not frequent in our rural and in most of the fuel station contamination is a viral issue.

So in such situation RKS 100 user will somewhat struggle due to fuel contamination problems. Hence they will face frequent maintenance & service issues and somewhat face bad performance of the bike as it is a commuter.

On the other side Dayang Runner Bullet 100 comes with longer stroke engine with 8.8:1 compression ratio. And this engine also delivers quite lower power and torque in comparison of RKS 100. But here Bullet 100 will run more hassle free in terms of fuel contamination comparing the RKS 100.

But we think Runner could have got more power figures by increasing its compression. If so then it might struggled for pure fuel and somewhat decreased its fuel efficiency which is the key feature of the bike, that’s it. 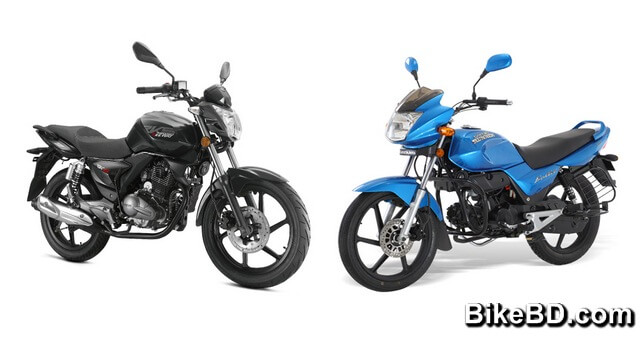 So here coming to the end and sum up we can say both the bike featured and targeted with quite different concentrations. The Keeway RKS 100 of-course looks sportier than the Bullet 100 where the engine is also comes with good power rating.

Other than the specific terms Runner has quite a good track record of their product and services. So the confidence of fuel efficiency, reliability, durability is proven for the Runner Bullet 100. On the other side, Keeway has quite a long way in front to prove their capability.

So here is all about our Keeway RKS 100 VS Dayang Runner Bullet 100 Comparison Review. We encourage you to put your arguments in favor of your choice. Resulting, This will help the upcoming buyers of these bikes to choose the compatible one according to their budget and need. So stay with us and thank you all.

To see the details of Keeway Bike prices in Bangladesh and the Keeway showroom addresses near you visit BikeBD.Com. Stay with us for more updated motorcycle news with our Facebook Fan Page & Do Subscribe to our Youtube Channel.