Dhaka Bike Carnival 2017 was a two days event which was sponsored by Yamaha & was organized by bikebd.com. The main theme of the event was to bring the biking community closer together. This is the first time such a program was held where many bikers group came in once place to enjoy the show. 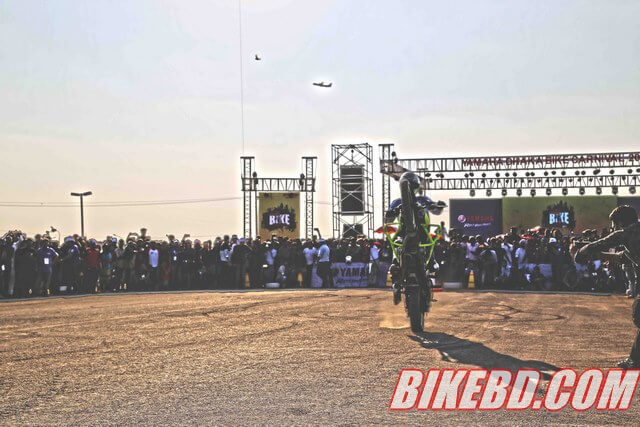 16 motorcycle groups participated in the program. Most were riders club & some stunt group. Many riders came from outside Dhaka to participate the program. As per the gate counter around 10,000 spectators attended the show for the two days. 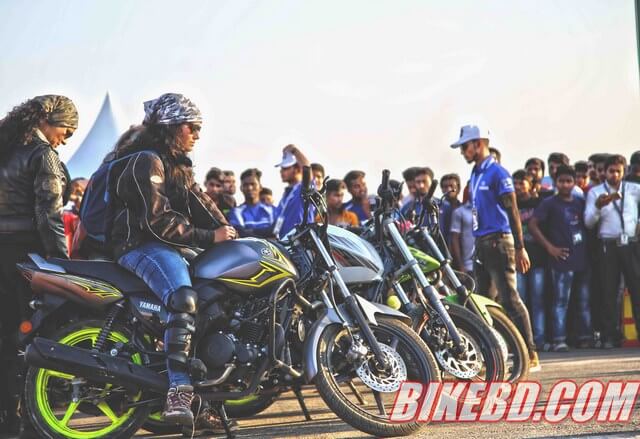 First day started with most of the clubs decorating their stalls in the early morning. The program started with a Bike Rally which travelled all of 300 feet Purbachal road & then came back to the program ground. As far we know 250+ bikes attended the bike rally. The show then started with some DJ music. 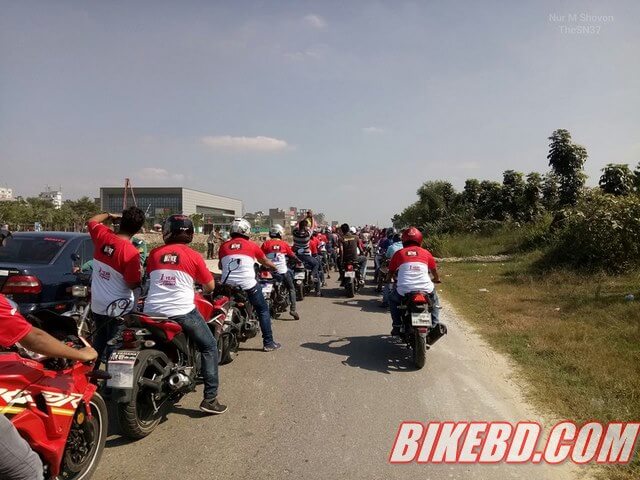 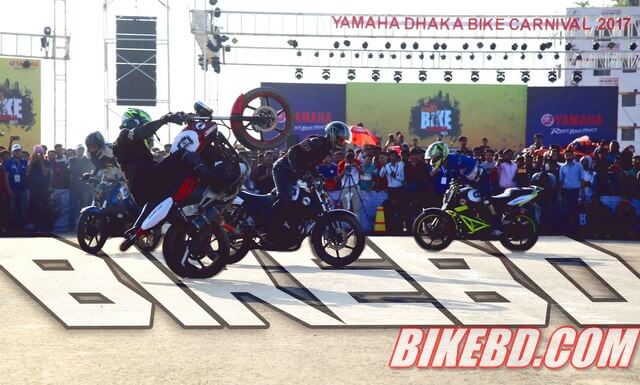 On the evening of Day 1 Eagle Dance Group performed a Dance Show which was really enjoyed by the crowds. After the dance show then we Team BikeBD celebrated our 5th year anniversary among the bikers by cake cutting ceremony. BikeBD.com started out in life with the help of 4 key people: 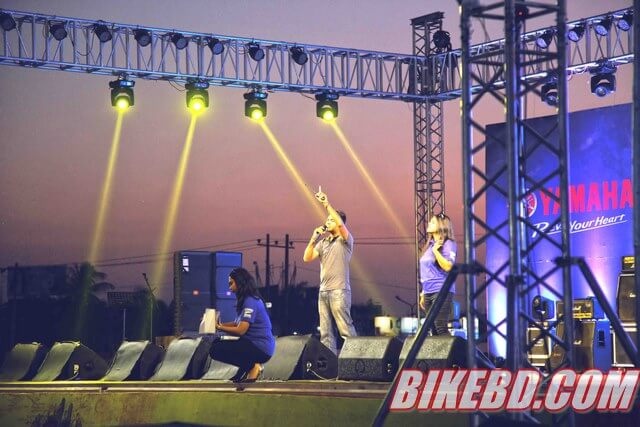 Team BikeBD were backup by a team of young people who too were present on the stage: Fahad, Apu, Asrar, Ayrin, Utsho, Kawshik, Shazon, Arafat. All those people worked really hard throughout the two days to support our program. The first day event ended with Live concert from Nemesis. 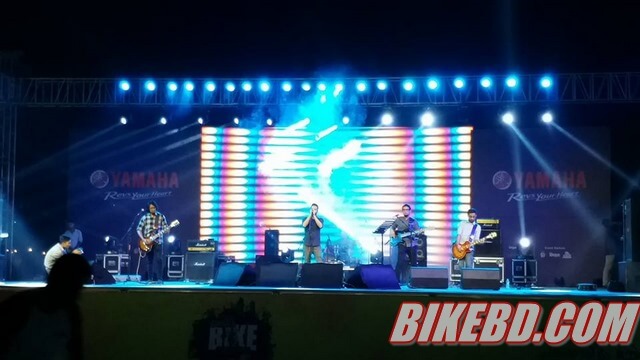 It was a late start on the second day due to the fact that it was working day & the heat in the morning was too much. Again the crowd didn’t pull in until noon after lunch when stunt show started. The stunt show this time started around 3 pm & again it was performed by 4 of the top most stunt group in Bangladesh. The stunt show was followed by musical program by Kornia. 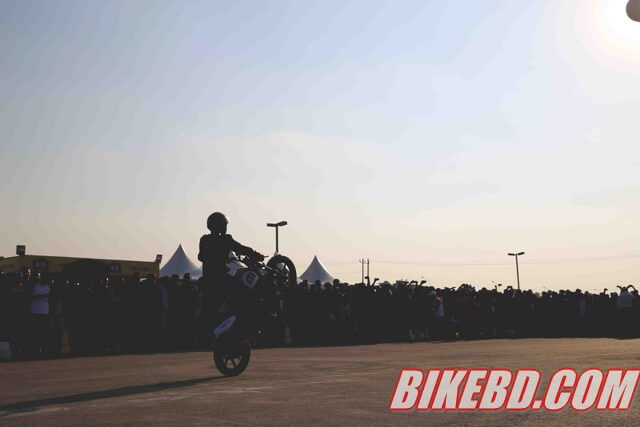 Late in the evening there were some fashion show followed by university couple dance show. In that event the couple from AIUB won the show & then they were presented the gift by speed star of Bangladesh cricket team Taskin Ahmed.

https://www.youtube.com/watch?v=XCGy2hl-54I After that program all the participating clubs or group who were there at Dhaka Bike Carnival were asked to come on stage to share the moment of ACI Motors celebrating 1 year with Yamaha in Bangladesh.  They celebrated the program by cake cutting ceremony followed by fireworks. 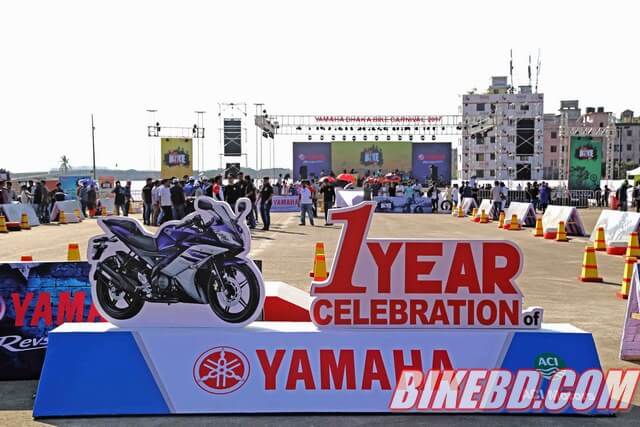 On behalf of ACI Motors Dr. F.H Ansarey (MD of ACI Motors), Mr. Subrata Ranjan Das (Deputy Executive Director) Mr Robiul Islam (Sales & Marketing Head) & other higher dignitaries were present in the show. One of the biggest attraction of the program was the LIVE performance of one of the most popular musical band in Bangladesh, LRB. That really pulled the crowd towards the show and when the musical program ended it was followed by some burn out by the bikers to pull the curtain on the show. 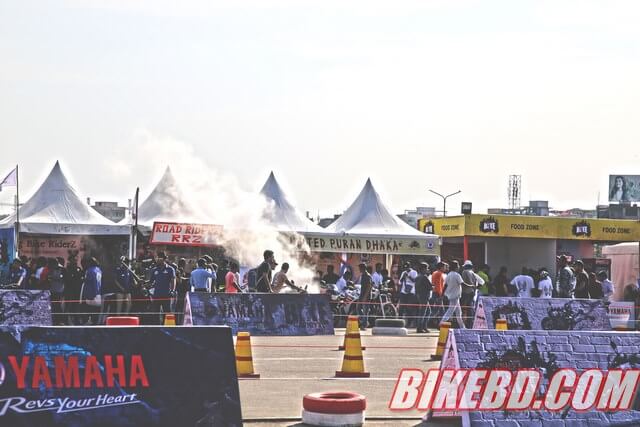 We want to give a big thanks to all the bikers who came in the two days event & also the people who managed the program. Special mention to the group who participated in the event. 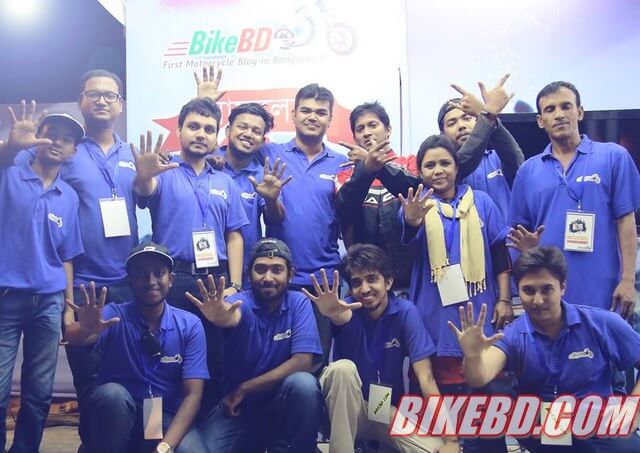 Dhaka Bike Carnival 2017 was one of the best biker’s gathering ever to happen in Bangladesh. We want to thank Yamaha & ACI Motors for sponsoring such a big even in Bangladesh, special thanks to the Volunteer of BikeBD.com who gave endless effort to make this show a good success. Hope that in 2018 we will do something similar event to engage more bike’s clubs in the show. For further updates keep visiting our website and subscribe to our BikeBD Youtube channel, and also eye on our BikeBD Facebook Fanpage.