Dayun is one of the motorcycle brands in Bangladesh which just like working behind the sight. In Dhaka city many of the riders have heard about Dayun but only few know about their product line up or activities countrywide. The reason is they are more concentrated outside Dhaka & focused so much in rural area. Though they are doing corporate sales at Dhaka from their corporate office but currently they don’t have any official showroom or dealer in Dhaka city. Very recently we got a brand new Dayun Defender150 for our test ride. So here is the Dayun Defender 150 Review - Based on 1500 KM Test Ride By Team BikeBD. 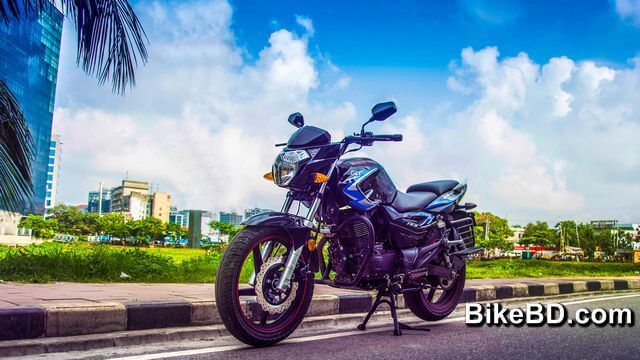 Glance over the Dayun Defender 150

Looking at the bike you will have the impression that this is a bike for not people who like style but for people who want a bike to commute from one place to another.

The front suspension of Dayun Defender is quite good. The headlight is bloated and it looks good like the old Honda Unicorn. 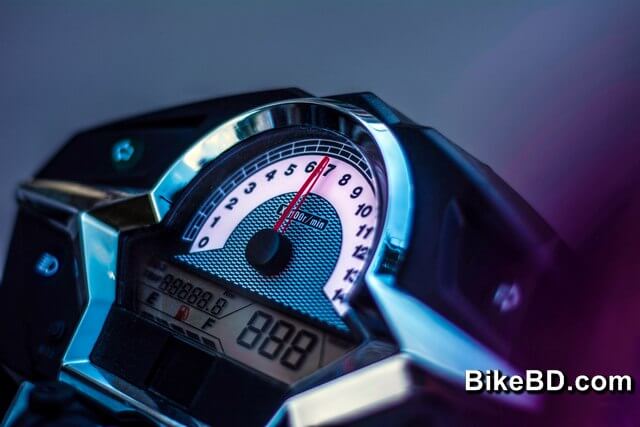 The speedometer has a rev counter with a digital display of speed and there is gear change indicator alone with fuel meter.

The color of the display which shows a bit yellowish. They also don't have a clock on the bike. 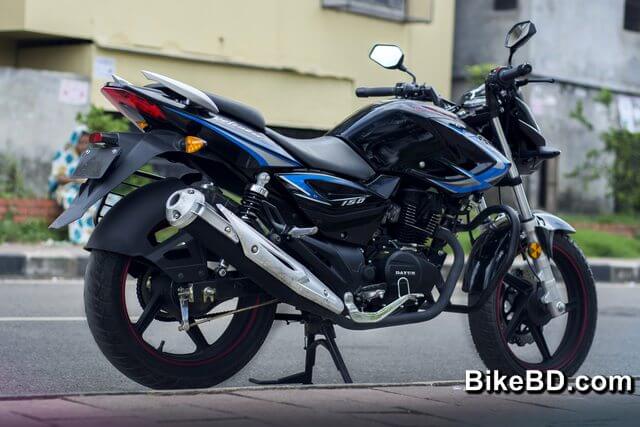 The fuel tank is metal and there are air scoop alone the side of the tank which is smart. The bike’s air cooled engine is exposed to air which is a good thing as this will allow cooling the engine faster.

Talking about the engine: it gives out only 11.4 BHP & 11.5 NM of Torque which is very less in terms of the engine capacity it has.

Seating position of the bike is upright and not aggressive. The handle bar is clip handle which is made of good quality and the switch gears looks good. The saddle seat is very long, though it is split seat but it has enough space for two grown up to sit in it.

There are rear grab rail and saree guard as standard for bike to give riding comfortable to it. The rear tyres of the bike are 130 cross section but they didn’t give any disc brake in the rear.

For the pillion the seat is a bit hard and he will have a tough time for a few minute to adjust to the bike. But as time go by the suspension will get better and then things will improve for the best.

The fuel tank holds 13 litre of fuel & there is an option for both kick and self start the bike. The front suspension is hydraulic damped where the rears are mechanical spring.

They have opted for keyhole security for the bike, but am a bit upset about the weight of the bike. It weigh 143 kg which is a lot for a bike that has mostly plastic with it. Though the silencer looks good but it feels like that he exhaust hole is not is not big enough in radius to let the air out comfortably.

The headlight is good enough for riding in the city but could have been a bit better if they would have had given LED lights, the tail light looks more like Bajaj Pulsar and there is a rear tyre mud guard which is helpful. 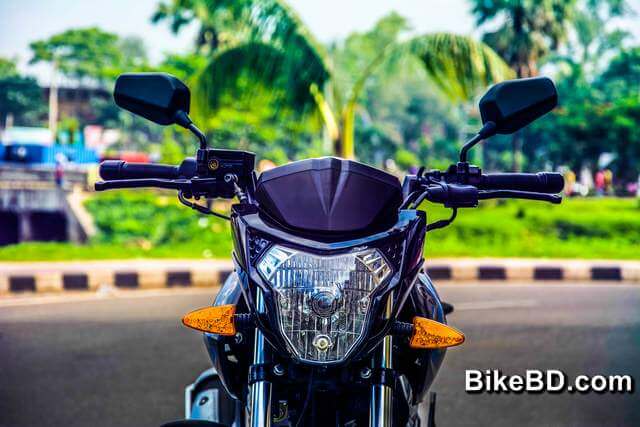 The switch gears could have been a bit better quality; there is no shield around the speedometer area. The speedometer isn't the best dial, if often shows wrong speed. The gear changes are hard but as time go on it will get better.

The bike has a longer wheelbase, with comfort for both the pillion & the rider. The headlight isn't powerful enough for long distance light, an LED headlight could have been a better option, from the back many might mistaken it with Bajaj Pulsar AS150 as the tail light does look like it. 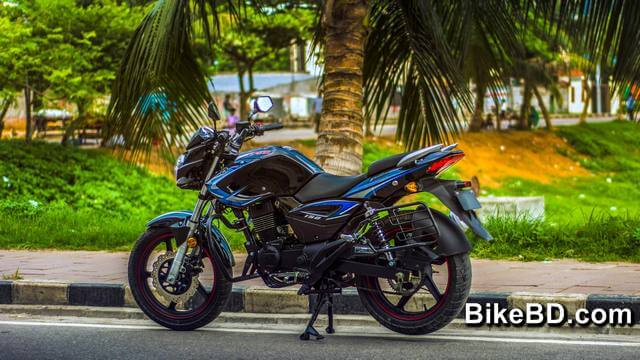 The bike's acceleration is not ground breaking but it quite good considering a commuter bike. Tt takes time for the bike to go from 0-60 and 0-100 and there are three reasons for it, engine power, rear 130 section tyres and the weight. Braking wise it is a bit weak relative to other bikes in the segments, the main reason is that they gave a single piston front brake & the rear brake are drum.

But where the bike is really fun is on the corners! With 130 rear section tyres and long wheelbase this bike is awesome on the corners, I admit that the tyres don’t have the best grip in the planet but I think they does the job brilliantly in the city.

The  bike's gear ratio is too short, the max we got was 45 km/h on the 2nd gear but there are good amount of torque in the bike. 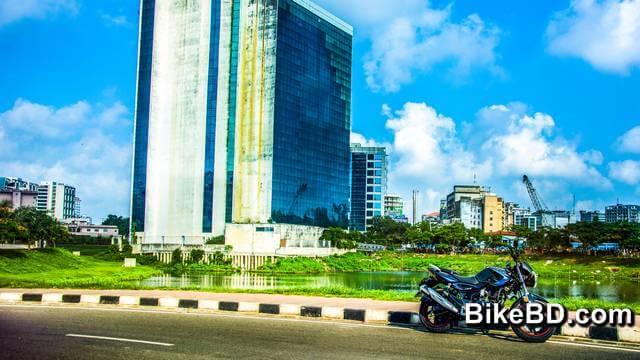 The Dayun Defender 150 is completely designed for comfortable commuting. This is not a FAST bike neither this will win you any drag races but what this bike will do is it will give you comfort, this bike is a good mirror image of the comfort and partiality of Bajaj Discover 150.  Through this is not the type of bike the young generation will ride but for the people who are a bit age will like this machine. In addition most pleasant thing is this 150cc bike price is only BDT: 1,29,900.00 :)