Winter is a very hard season for the people who spend their night on the roads of Dhaka city under the open sky.  To give a small contribution to the community ACI Motors sponsored an event to distribute blanket among the poor people in Dhaka city on the night of 1st January. The program was organized by KB Riderz & BikeBD.com was the media partner of the event. 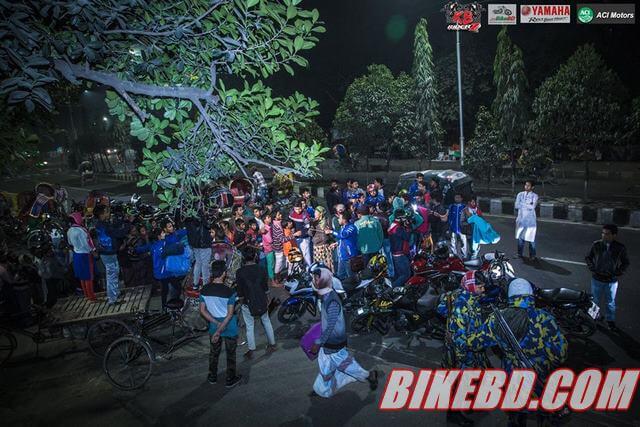 The event took place on the midnight of 2nd January 2018. The event started at Dhaka University at TSC. Members from BikeBD, KB Riderz & ACI Motors were present in the event. To support this event also came members from Old Town Bikerz, Adventure Bangladesh & United Puran Dhaka. 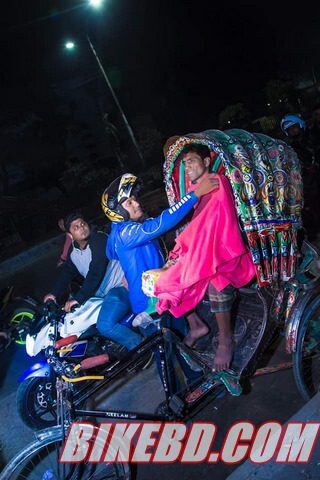 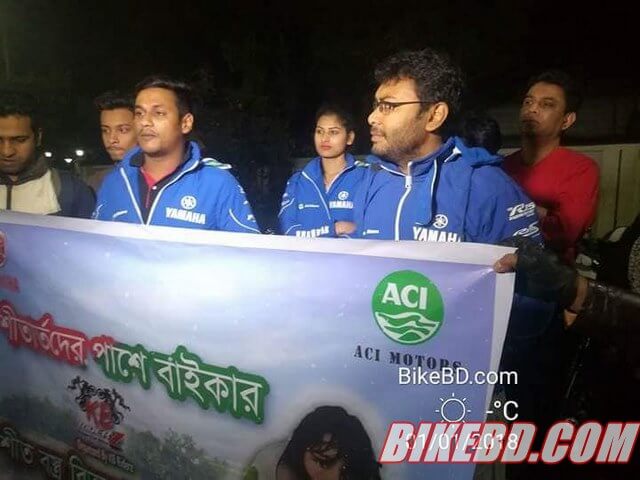 During the small briefing before the event members Executive Director of ACI Motors Mr. Suvroto Ranjan Das said that Bangladesh is a very small country but the amount of people who struggle with their life is huge. It is the responsibility of the people to try & help the poor people.

KB Riderz Founder Jenith KBR said he hope that in the future more & more bikers club will come forward to help the needy & poor people of Bangladesh as end of the day the country is ours & it’s our responsibility to make this country beautiful.

Hope in the near future more bikers group & companies will come together to arrange event like such for the poor & needy people in Bangladesh which will not help them but also will brighten up the image of the bikers in Bangladesh. The event was well organized by KB Riderz supported by Old Town Bikerz, Adventure Bangladesh & United Puran Dhaka. Special thanks to ACI Motors, Sole Distributor of Yamaha motorcycles in Bangladesh.
[siteorigin_widget class="SiteOrigin_Widget_Accordion_Widget"] [/siteorigin_widget]