Aprilia RS150 is the latest sports edition in the Aprilia street sports family that hitting shortly in the entry-level sportbike market. The motorcycle deliberately featured with some hi-tech and competitive features under Aprilia Racing DNA. Hence, covering the new motorcycle details we are presenting here the Aprilia RS150 Feature Review. 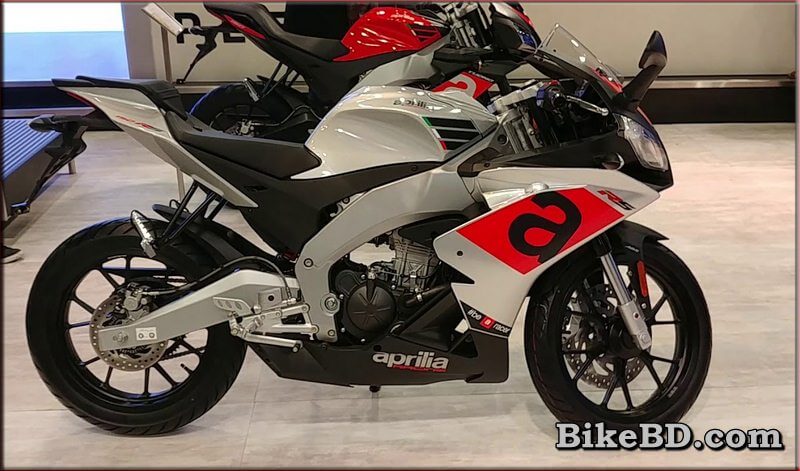 The new Aprilia RS150 is the brand new sports bike that carries the RS Sports tag. Therefore, the bike builds completely in the sketch of a track bike. The bike designed under the Aprilia RSV4 profile. Hence, this small capacity machine somewhat is the miniature of that big beast.

From the looks, design, and appearance it’s solely iconic to that bigger Supersports breed. Further, the overall ergonomics also carries the same supersport DNA. Hence, from the frame to the exterior, all the elements are iconic to that sports series.

The motorcycle design has done on aluminum perimeter frame and sports-dedicated swing arms. The entire unit is boasted with a heavier profile that grabs the attention at first sight. Hence, the multi-tunneled aerodynamic side blades also cover the same impressions. Further, the fuel tank also furnished with a bikini scalp holding the ignition and knee pocket from both sides. 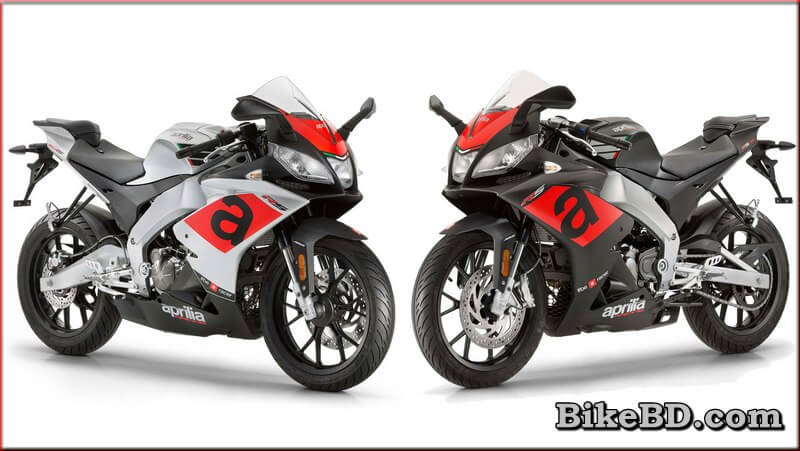 Coming to the front assembly it just a huge unit that profiled with triple pit headlamp setup. Next, the windshield is puffy and that large leveled up to the rider’s chest. At the tail, it’s too much compact that intentionally exposed the rear wheel that is damn sexy. Hence, the pillion seating is not omitted but quite discouraged with a tiny cushion over the bikini tail and string-like wheel fender.

At the rests, all the lights are featured with halogen bulbs and indicators come with conventional clear lens casings. Here, the ODO is a combo with a digital display and analog rev pit. The handlebar is clip-on and the seat is sporty split. Lastly, the conventional exhaust pipe is omitted and that is compact with underbelly arrangements. Summing up, overall it’s a bigger looking sports bike from the head to tail and that is obviously iconic to its clan. 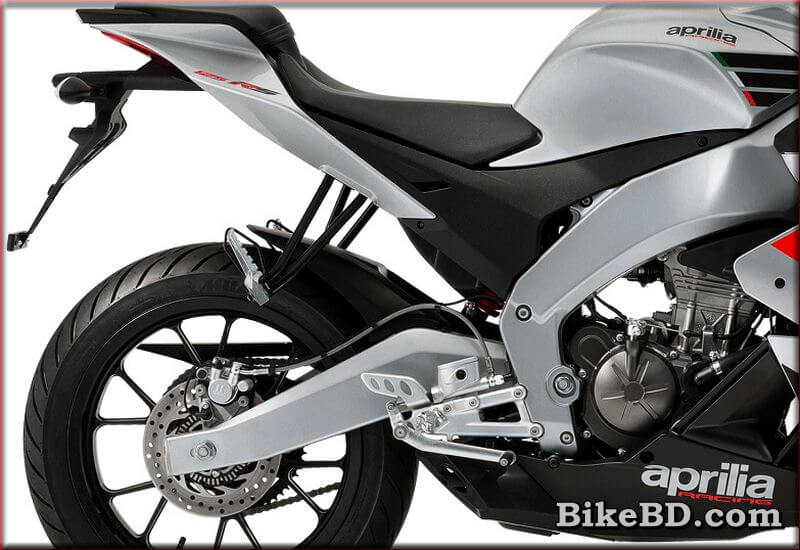 In the frame, wheel, brake, and suspension system the Aprilia R150 is profiled as a complete street sports package. The frame is a perimeter frame made with lightweight die-cast aluminum that reinforced with crossed ribs. Hence, the swing arms also are the same with racing-inspired feature & design. 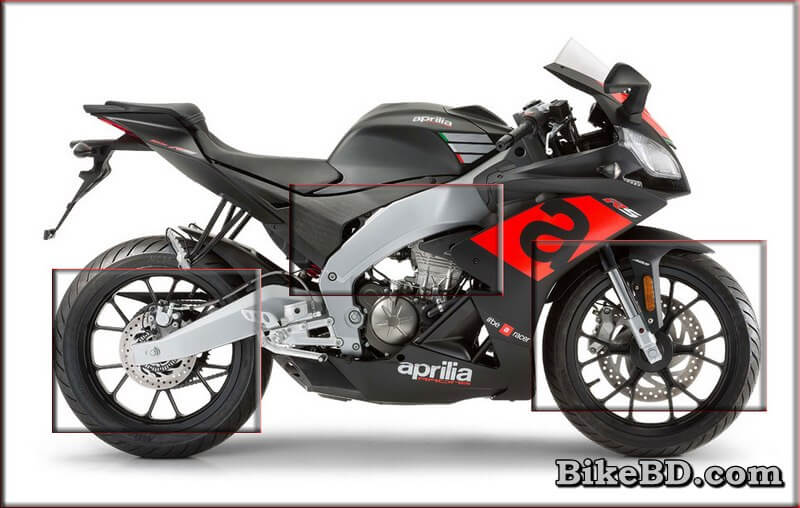 The braking systems of the motorcycle are featured with hydraulic disk brakes. Those come with a 300mm disc with 4-piston clipper assembly in front and a 218mm disc with single-piston assembly at the rear. Furthermore, the braking system also enhanced with the dual-channel BOSCH ABS feature.

Coming to the suspension system, Aprilia RS150 comes with the 41mm inverted telescopic fork suspension system in the front. The rear setup is mono that linked with the swingarm. The front suspension travel is 110mm and the rear comes with a 120mm travel feature. Hence with the entire setup, the machine is equipped with street sports features. 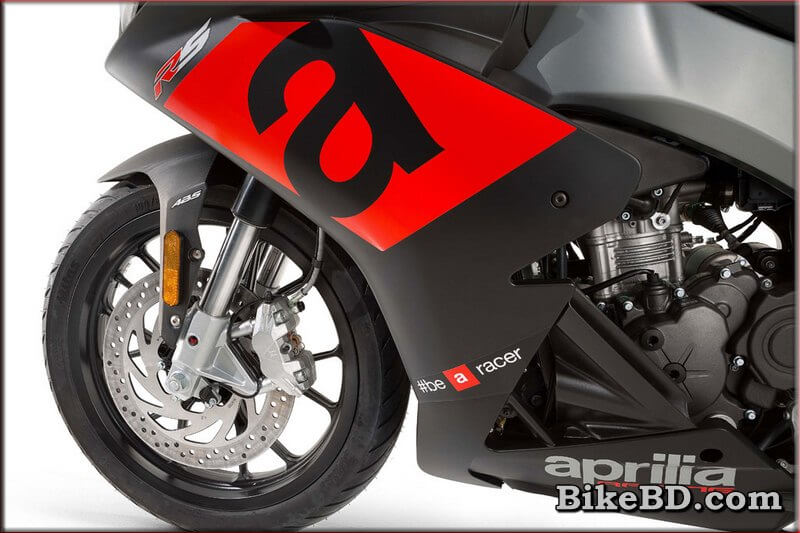 The Aprilia RS150 is the brand new sports model from Aprilia that expected to be on the road almost immediately. The machine featured with a powerful 149cc single-cylinder, four-stroke, and liquid-cooled engine. The engine is featured with DOHC, 4-valve, and electronic fuel injection systems.

The engine mated with a 6-speed gearbox and quick shifter added as an optional enhancement. So the motorcycle is exclusively featured for hardcore sports riding and fun playing like done in sports track.

Hence coming to the power and torque figure those are not officially revealed. But it’s expected around 18BHP and 14NM those squeezing from higher RPM operations. Furthermore, other specific detail still yet to be published and we are committing to represent those with our earliest efforts. 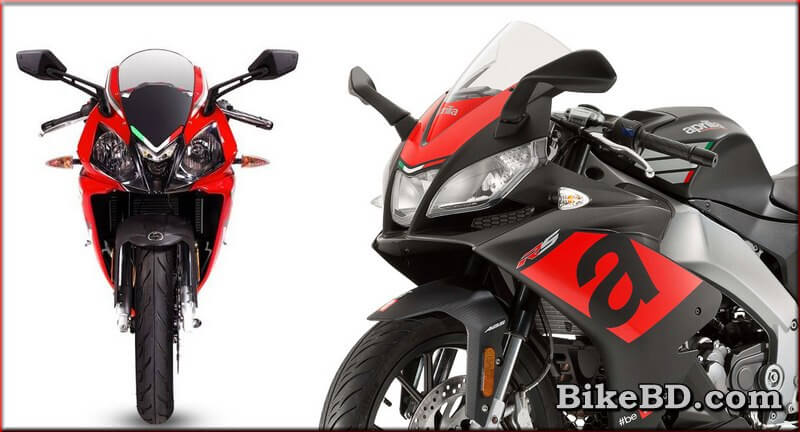