A Brief Discussion About Motorcycle Engine

Hello, this is Istiak Mahmud Saikat the new addition to team BikeBD as Technical Advisor. Today i am going to discuss about  engine. Well it really feels good to be a writer rather then reader for a change. So, would try my best to provide you guys with the best possible technical solution and info. Hope this little article about who engine works will help you guys.

A Brief Discussion About Motorcycle Engine 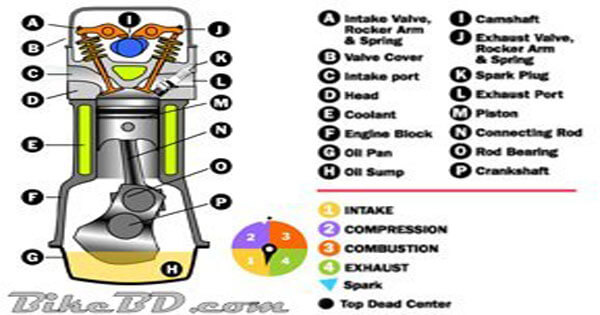 Engine are alike engines. Here we are going to discuss about four stroke engines as they are the most common now a days. These are Internal Combustion Engines (ICE), and they are also Spark Ignition (SI) engine.

From the name four stroke it can be easily assumed that they work in four steps.

1. INTAKE: In this step the as inlet valve opens the piston moves down allowing a mixture of fuel and air to enter the combustion chamber. 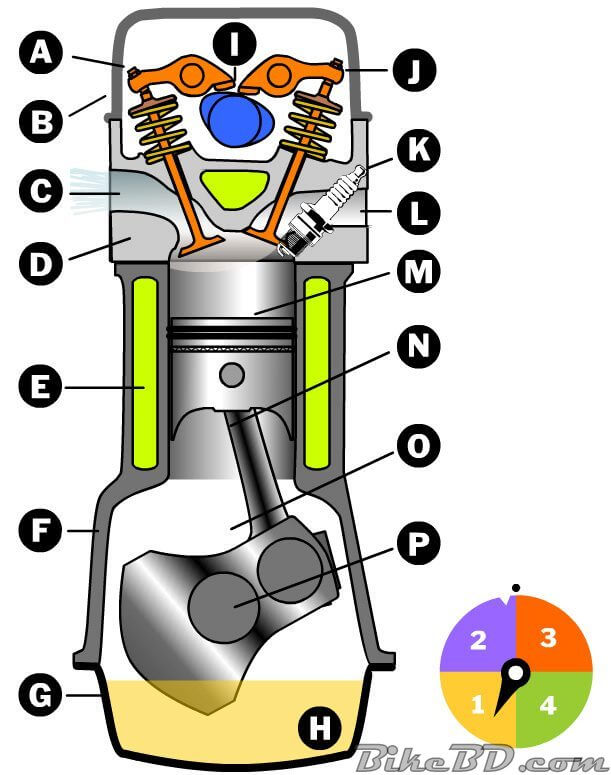 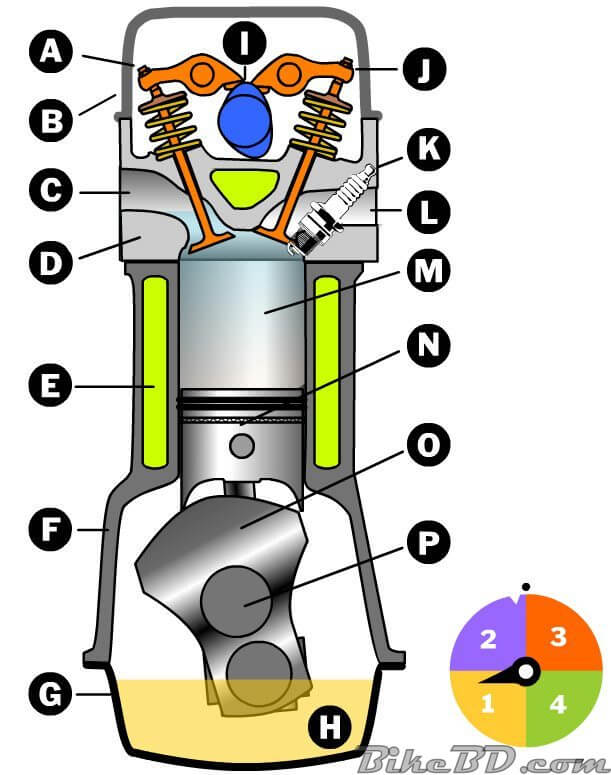 2. COMPRESSION: The inlet valve closes making the chamber air tight. Then the piston moves up compressing the mixture of fuel and air 1/3 to its initial volume. 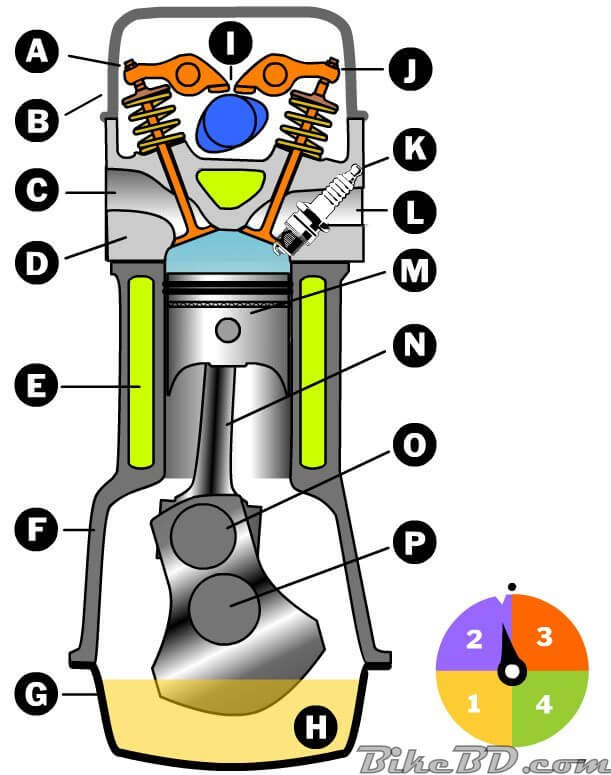 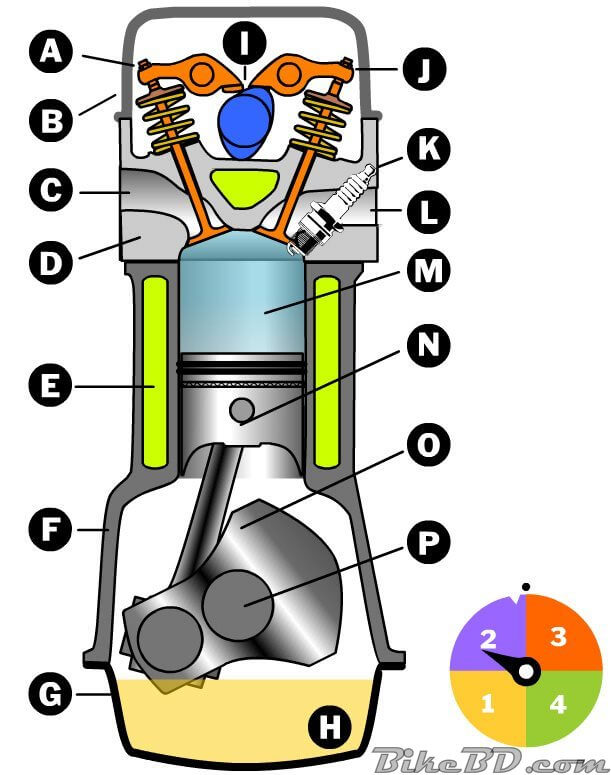 3. COMBUSTION: The compressed air fuel mixture is ignited in state keeping both the valve closed. 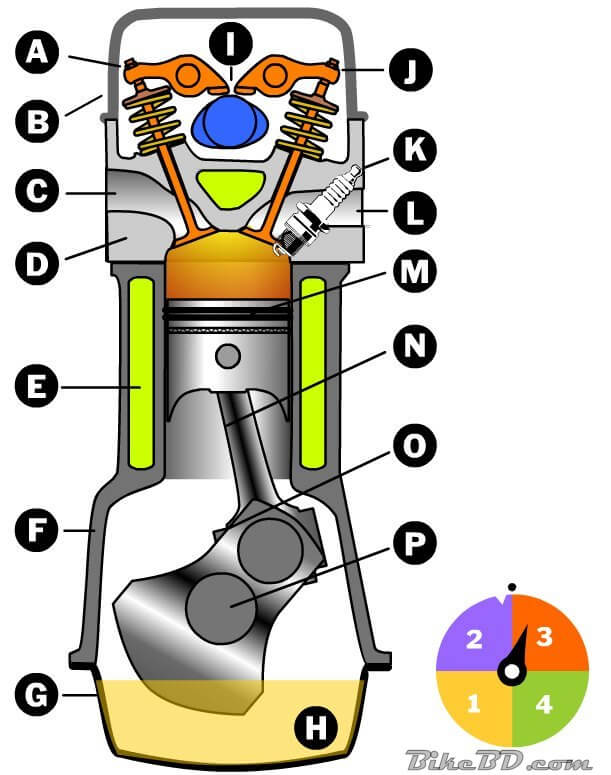 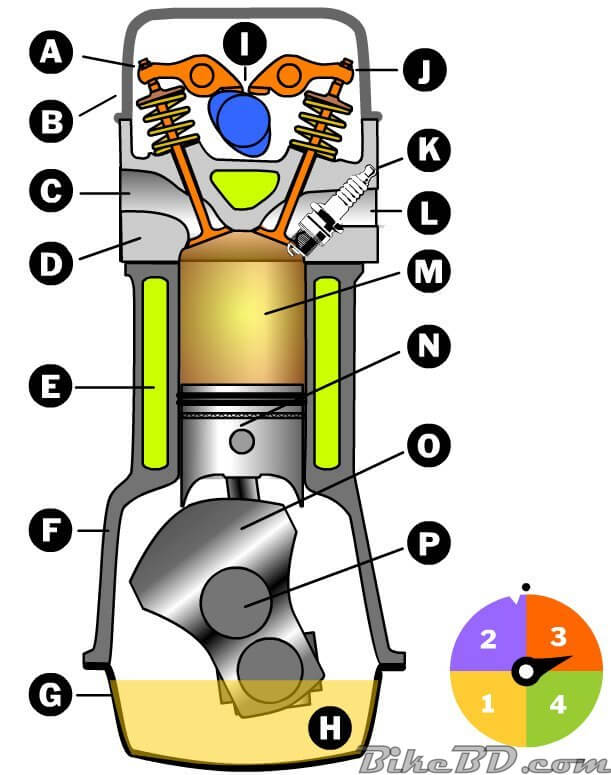 4. EXHAUST: The exhaust from the ignited state is released in this step by the opening of exhaust valve. 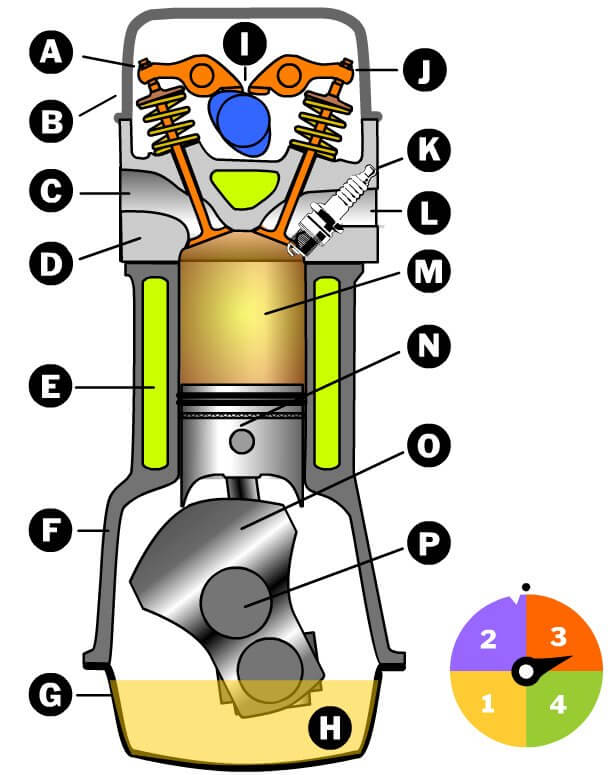 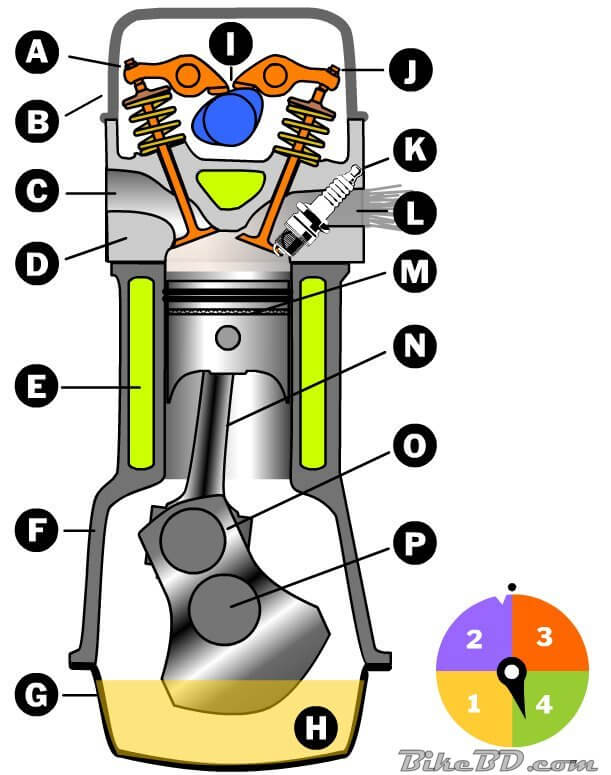 As the pistons move up and down, they turn a crankshaft, which transforms the energy from the pistons into rotary motion. The rotational force of the crankshaft is transmitted, via the transmission, to the rear wheel of the .

engines can have between one and six cylinders. They are either Paralleled or V-twin shaped. The V-twin gets its name from the fact that the two cylinders form a V shape. The angle between the V-twin may vary this angle to reduce vibration. The V-twin is just one way to accommodate two cylinders. When the cylinders are oriented so that the pistons oppose each other, the result is an opposed-twin design. Parallel-twin engines have their pistons placed side by side in an upright position. Today, the most popular design is the four-cylinder, which runs more smoothly and at higher revolutions per minute (rpms) than a comparable twin. The four cylinders can be placed in a row, or they can be arranged in a V-shape configuration, with two cylinders on each side of the V.

The size of the combustion chamber in a engine is directly related to its power output. The upper limit is about 1500 cubic centimeters (cc), while the lower limit is about 50 cc. The latter engines are usually found on small motorcycles. Higher cc of engine produces more power but has a very low mileage per liter or fuel where as lower cc of engine produces less power but very high mileage.

Hope this little article about how  engine works will help you guys and keep posted for any further update.