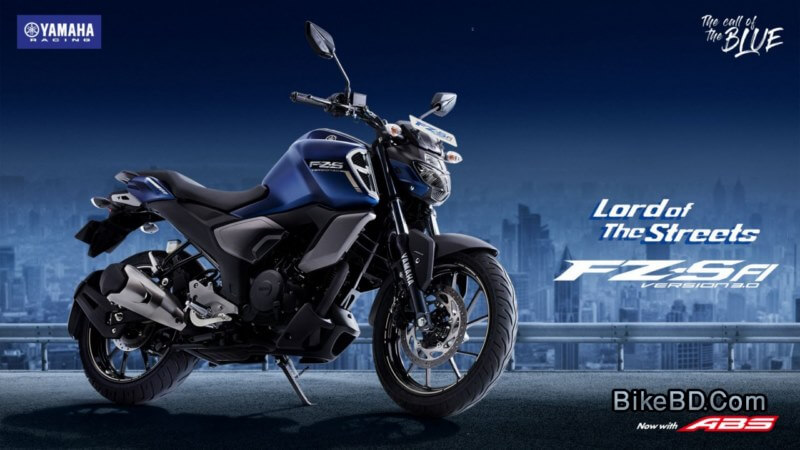 The Yamaha FZS-FI V3 is the latest update in the Yamaha FZS Series in this South-Asian region. This is the third generation of Yamaha FZS in the 150cc segment. The motorcycle launched this year with completely a new design along with some attractive technical updates.

In the look & design, the FZS-FI V3 build much bulky with bloated and fluffy exteriors. The motorcycle got all-new LED headlamp, fully digital ODO-Console, new fuel tank, single-piece wider seat, and even the new tail.

From top to bottom the motorcycle exteriors are redesigned and reshaped. Even the minor corners of the exterior also revised with all new skin and styling. Hence, altogether the machine got completely a new profile with unmatched looks and appearance than the older versions. 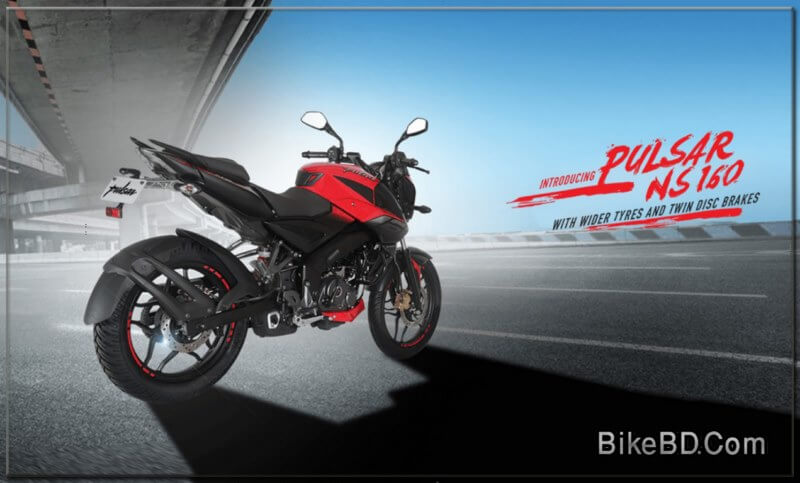 On the counter, the new Bajaj Pulsar NS160-FI comes with the same looks and design as was in the carb-version of NS160. The new FI-version remaining in the same design of muscular exterior and profiles.

Here, the muscular headlamp, taillamp, bigger fuel tank, split seat all are remaining the same as the older. The only graphical changes came on the few sticker-works. Those crafted with ABS, Fuel Injection and Oil-Cooled textures. Accordingly, under tank cowling holds the new oil cooling machinery. That’s it. 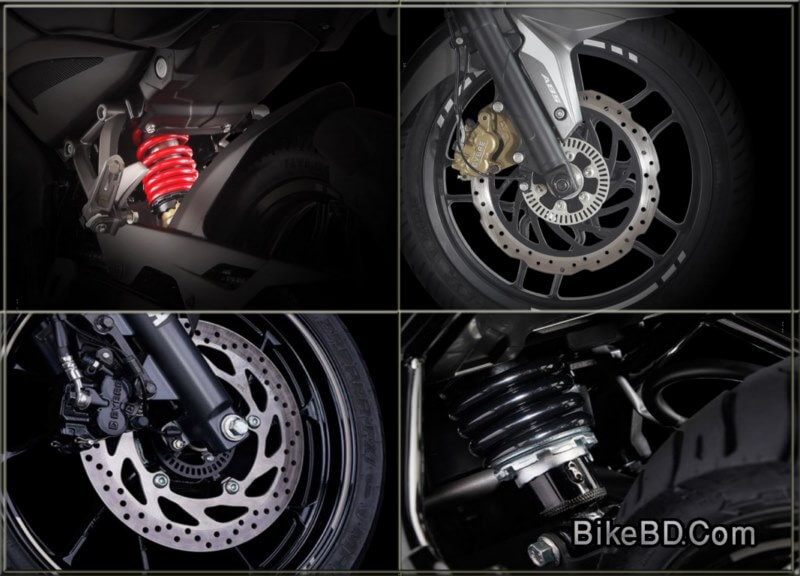 In this section, a bundle of technological changes came on both motorcycles. Both the Yamaha FZS-FI V3 VS Pulsar NS160-FI placed here face to face in tough competition with some advanced features.

Here, the Yamaha FZS-FI V3 holding the steel diamond frame. The Bajaj Pulsar NS160-FI holding the same perimeter frame as was in carb-version. Further, in the wheels, both the motorcycle featuring alloy rims with tubeless type tires.

Here FZS-FI V3 rolling with comparatively a wider & low-profile tire as was in the earlier version. On the counter, the Pulsar NS160-FI replaced the older narrower tire. It adopted 90/90 -17 & 120/80 -17 tires respectively in the front and at the rear. But despite the NS160-FI enhancements FZS-FI V3 holding better wheel dimensions.

In the suspension system, FZS-FI V3 holding a fatter profile of telescopic fork suspension in the front. At the rear, it’s the same mono suspension as was in the previous version. On the counter, Pulsar NS160 holding the older narrower telescopic for in front. Accordingly, the rear is mono, which comes with the Nitrox Gas Canister supports.

The Yamaha FZS-FI V3 VS Pulsar NS160-FI, both the machine carrying quite a different profile of riding and handling. Here both the model is the street naked model. But in FZS-FI V3, its comfortable upright with pipe handlebar and single-piece seating arrangements.

On the counter, the NS160-FI carrying sporty split-seat and clip-on type handlebars. Accordingly, the riding posture is quite aggressive and it's sporty upright. Further, the control lever arrangements are also profiled for a sporty mode of riding.

Accordingly, the FZS-FI V3 allows nimble & easy handling along with 137kg of lighter weight. On the counter, NS160-FI provides quite a sporty ride with heavier 148 kg of weight. Therefore, with different wheel, brake, and suspension setup both the motorcycle featuring different riding tastes & handling characteristics.

In terms of the engine & feature, both the FZS-FI V3 VS Pulsar NS160-FI comes with a different type of engines. Accordingly, their performance ranges also different. Here, FZS-FI comes with a 149cc, single-cylinder, air-cooled, SOHC, 2-Valve engine. 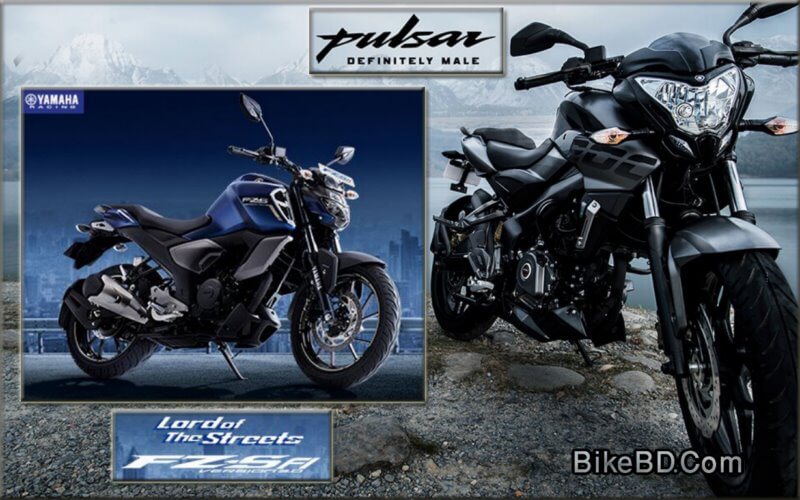 So, readers, this was quite a glance at the feature differences of the Yamaha FZS-FI V3 VS Pulsar NS160-FI. You can see both the bike featured differently adding with updated features. Accordingly, both of them has own corner of advancement and backlogs.

Hence, currently, Yamaha FZS-Fi V3 has a price tag of 2,95,000 BDT while the FZ-Fi V3 price 2,90,000 BDT. On the other hand, Bajaj Pulsar NS160 Fi with ABS cost 2,54,900 BDT. Thereby the ranking decision obviously remaining upon you. Concentrate on what is your priority and which feature you need most. So, choose your option wisely. Thanks, everyone. 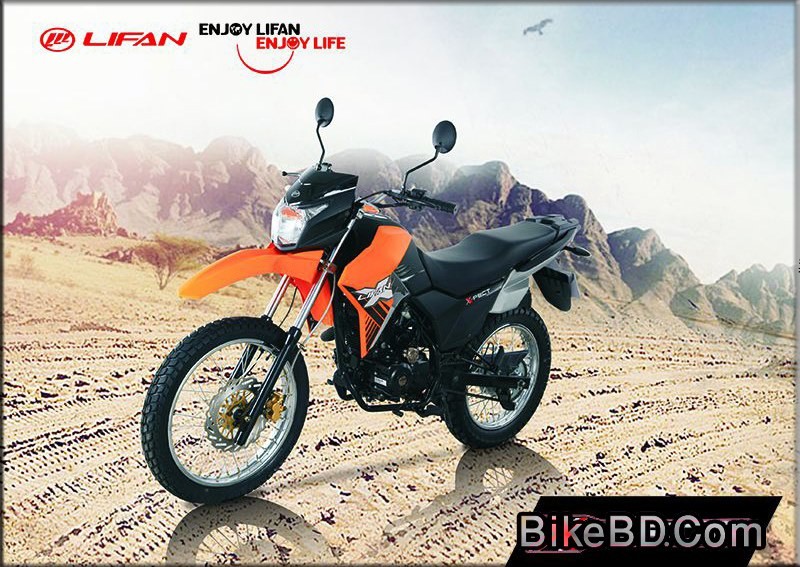