Marc Marquez becomes the 2017 MotoGP World Champion for Honda Racing Corporation (HRC). This is his 4th World Title in MotoGP after taking the crown in 2013, 2014 & 2016. The race was very intensifying after a wild crash-saving moment by Marquez & his rival crashing out of the race. 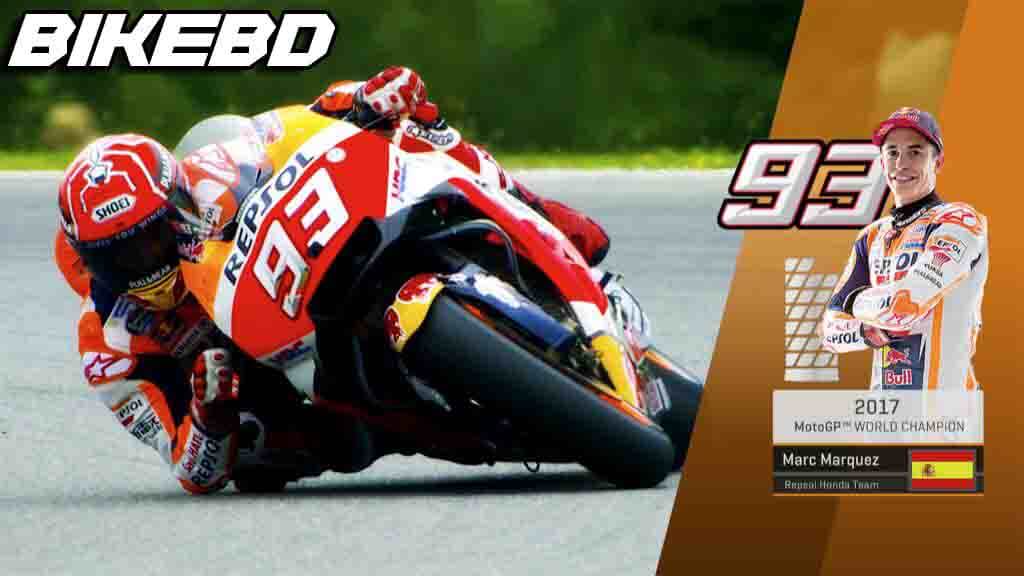 His championship rival Andrea Dovizioso crashed out of the race which helped Marquez to cruise the final few laps of the race. Ducati did issue many messages to Lorenzo to let Dovi pass him vai pit board & onboard message but Lorenzo didn’t do any such things to help Dovi.

Marc Marquez is a 24 years old young Spanish MotoGP rider. All through his life, he raced for Honda Racing Corporation or in other words, Repsol Honda MotoGP machine. He debuted in MotoGP back in 2013. He became the first rider after Kenny Roberts to win MotoGP World Championship on his first season & he is also the youngest to win the title overall. Sadly we don’t have a MotoGP race in Bangladesh but in 2017 Indo –Bangla Automotive Show Bangladesh Honda Pvt Ltd did bring the Marc Marques 2013 winning RC213V MotoGP motorcycle in Bangladesh for display & thankfully I was one of 7 people who managed to sit on the bike for a picture. Wasif Anowar MotoGP bikes have an engine of 1000cc with 4 cylinders in it. The engine produces 230-240 BHP of power @ 18,000 RPM & they are fitted with 6-speed seamless gearbox. The top speed they can achieve is around 350 km/h mark. If you talk about mileage then on a race track it can give back around 6-7 km/l of mileage. 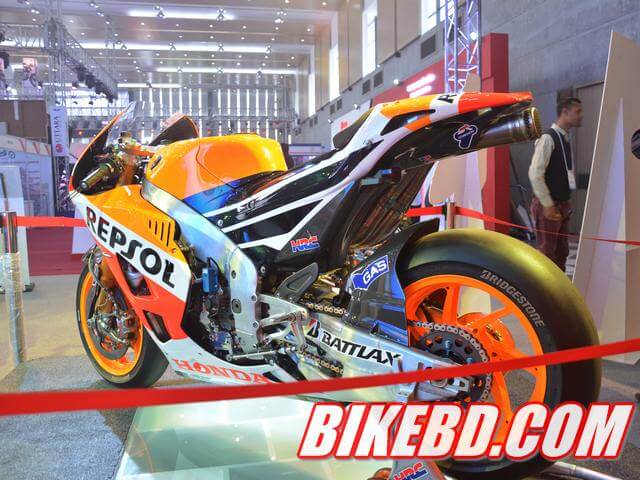 MotoGP bikes are entirely made up of carbon fiber & aluminum which are very light but very hard materials. The entire bike weighs only 160 kg & has wider slick rear end tyres to do corning of around 60-65 degrees. The bikes are fitted with state of an art traction control & launch control system. These bikes are only made for track racing & are not permitted to ride on public roads. 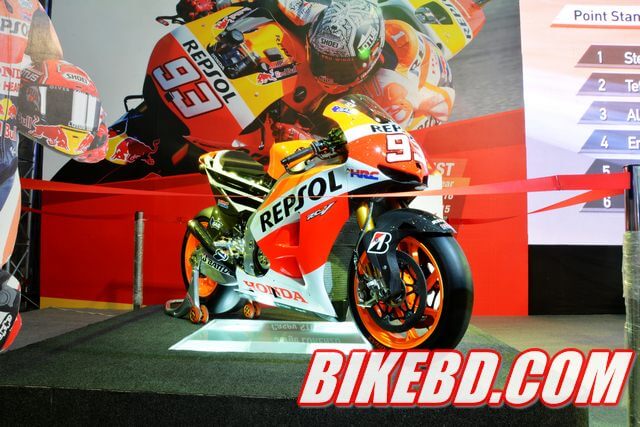 Marc Marquez becomes the 2017 MotoGP World Championship for Honda Racing Corporation will heat up the World Championship battle next year along with Valentino Rossi & other riders, so we hope that you will enjoy the season upfront in 2018. 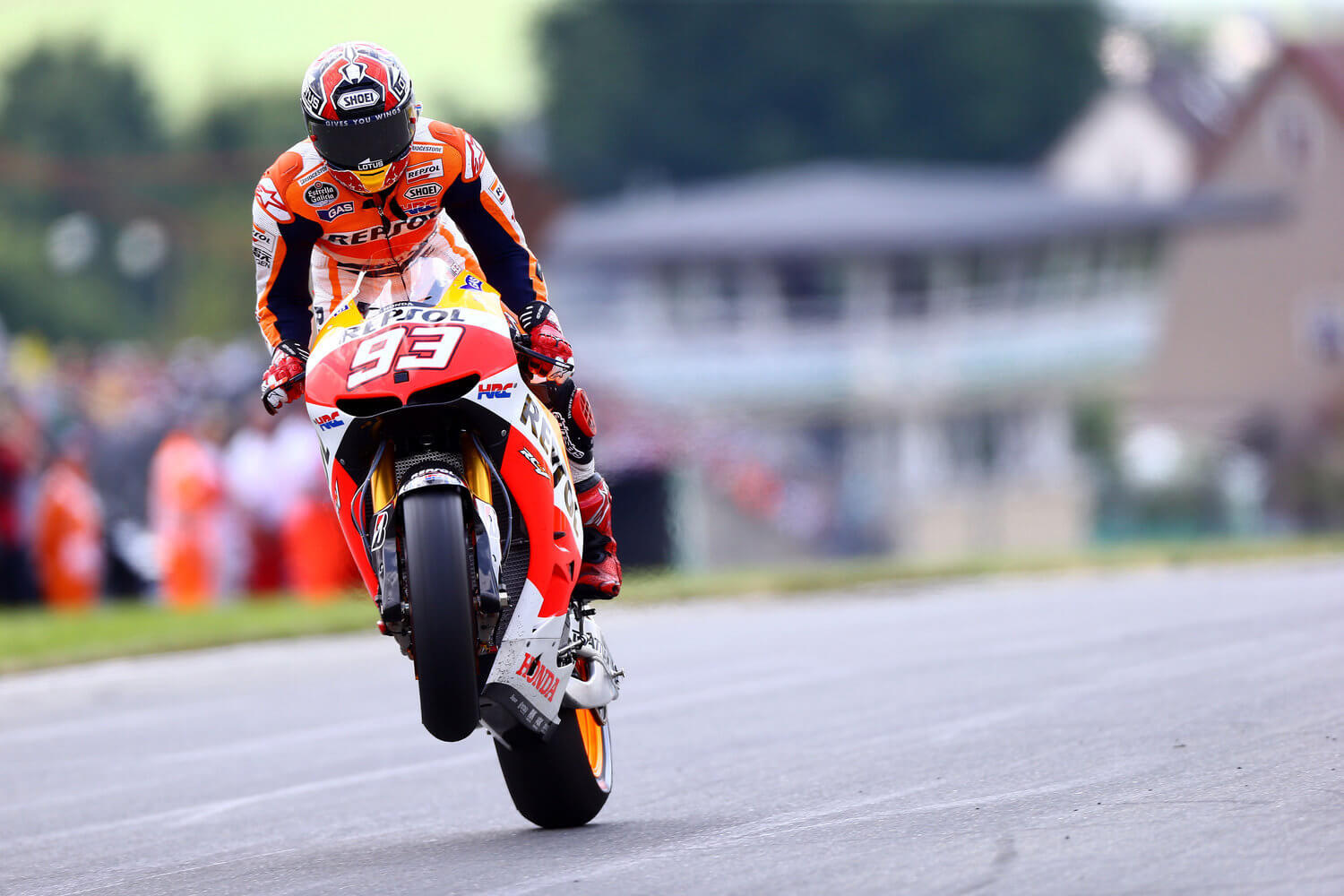