It’s been nearly 3 months since Lifan KPS150 was launched in Bangladesh & for test purpose it was handed over to us on the day of launching. Since then we got many queries about this brand new bike.  It is completely new bike from Lifan with many technical changes so the question which many will ask now is, it is as good as Lifan KPR150 ? Welcome everyone to the Lifan KPS150 Review By Team BikeBD.

We tested the bike for this Lifan KPS150 Review extensively both on the highway & in the city, if you guys remember we tested Lifan KP150 for about 30,000 km to prove that not all Chinese bikes are bad & the most complain we received about Chinese bikes before the testing are its engine & to prove it we tested that bike for 2 years to see how far the engine travels before it dies & requires new parts. 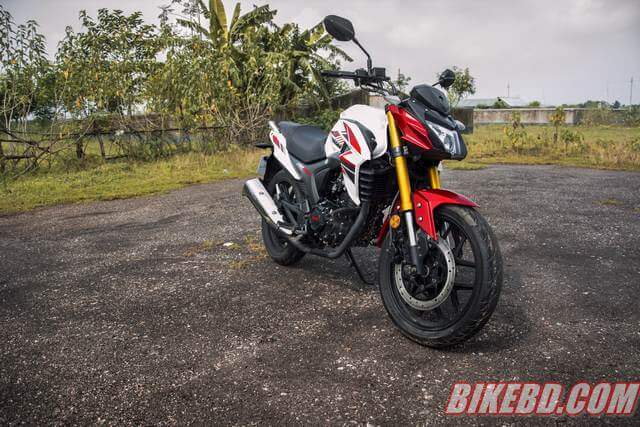 So because it is the naked version of Lifan KPR150 it will share the same engine, the engine is a 150 cc water cooled, single cylinder, 2 valve carburetor engine. The engine chunks out 14.8 BHP @8500 RPM & 14 NM @ 6500 RPM of Torque through a 6 speed gearbox on its rear tyre. The engine is smooth like previous KPR engines as now it uses the same engine found in KPR V2. You can twist the throttle of the engine as much as 11,000 RPM. 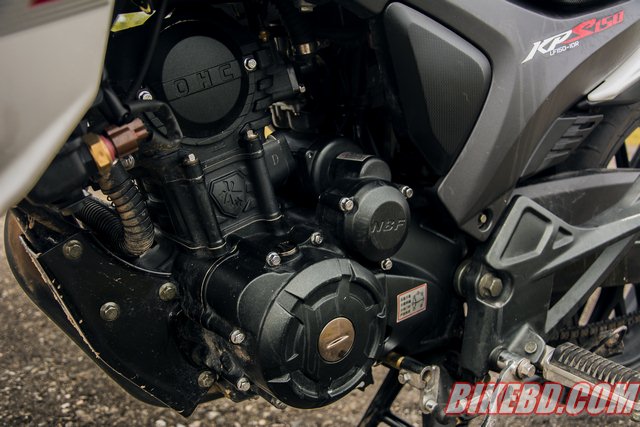 While testing the bike for Lifan KPS150 review, we saw that It has a compression ratio of 11.4:1 which allows it to force more air into the engine. The engine until the first servicing will heats up a bit but because this is a naked bike the heat will soon disappear into the atmosphere. This new engine makes the bike smoother on acceleration & the gearbox is now much softer, even though until the first 1000-1200 km it will remain a bit hard. During Lifan KPS150 test ride I faced the same problem with the bike but after the first service it  stayed normal. Different riders prefer different types of riding style, different clutch setup so it is wise to change the setup of the clutch according to the rider’s comfort.   The engine & chassis of the bike is still the same as that of Lifan KPR150 but they build up some major changes in the bike to make it look muscular.

Unlike some bikes the LED projection headlight of the bike is a masterpiece & is probably one of the strongest features of the bike. The headlight illuminations are very good and there is no doubt the best in the 2 lac budget bracket.  It has 3 LED lights, two illuminates at low beam & 3rd one join in when high beam is applied. Because now the bike is exposing the headlight it gives it a very aggressive looks. Along with the front inverse suspension it gives the whole bike a new attitude. 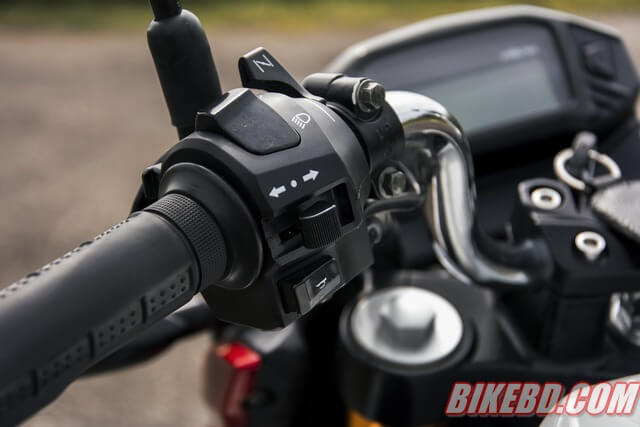 Am impressed with the controlling of Lifan KPS150, the front 300 mm disc brake is the biggest disc in Bangladesh currently. The braking system is superior. Both the brakes work well, & because the bike weighs 145 kg those two brakes work perfectly together to give confidence to the rider at high speed. For this Lifan KPS150 Review I tested the brakes at speed over 100 kmph & even with a pillion you will get good confidence with the bike given the bike too is heavy. The design of the bike along with the wider tyres & weight the bike is very much stable on high speed. You can do proper cornering with this bikes which carries the legacy from Lifan KP & KPR.  Even on zigzag ride the bike stays very stable given the proper tyre pressure is maintained. 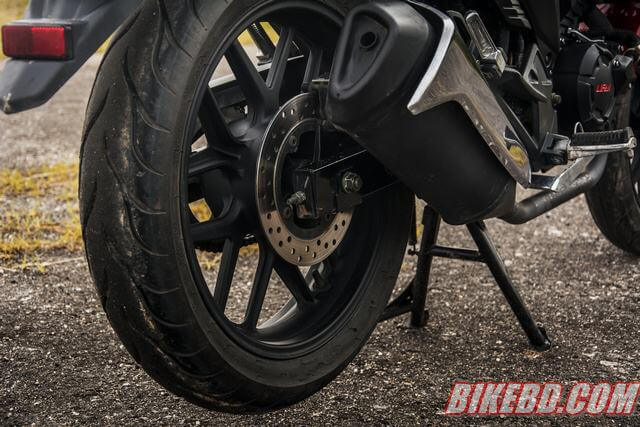 Turning radius of the bike is very good, with wide handle & high bar rod handle the bike gives you a no pain & hassle free ride in the heavy duty traffic jam but I think the bike is a bit wide & as it is not compact going through some small opening sometimes becomes a headache. For Lifan KPS150 Review we experienced that the Rear Suspension is once place the bike needed to improve a bit; the front suspensions are Inverse Suspension, which is good on a smooth rode but on a bad roads they just don’t give too much feedback, the same issue with the rear mono shock suspension, they don’t give too much feedback once you start to ride on a highway like Dhaka Tangail with pillion. 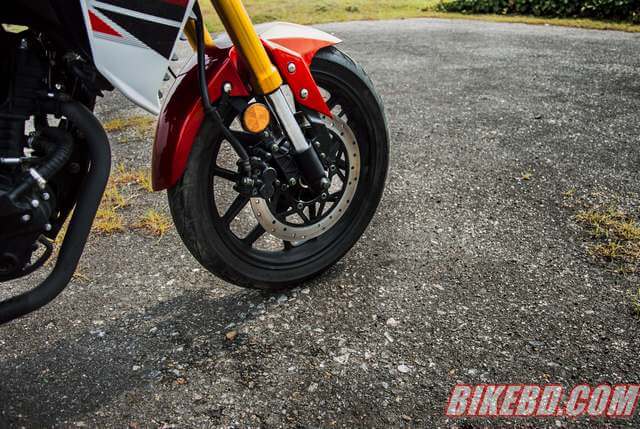 The best solution is to have a low tyre pressure during highway ride if you are riding single; this will give more friction to the tyres & will help to give more control as well. This is one place where Lifan needs to improve as these days the roads of Bangladesh are becoming worse.  But the suspension gives maximum backup at high speed corning or high speed braking, Riding position is straight with rod upright handle bars. You will not face any sort of back pain at this bike & with an option if you want you can add a front visor on the bike which will give you more drag but won’t let air hit your body at high speed. They changed the speedometer of the bike this time around, now it has a full LED display and it is fully digital. It has a speedometer, rev counter, fuel gauge indicator & other warning lights. The speedometer also changes colour as now you can have your favourite speedometer colour. 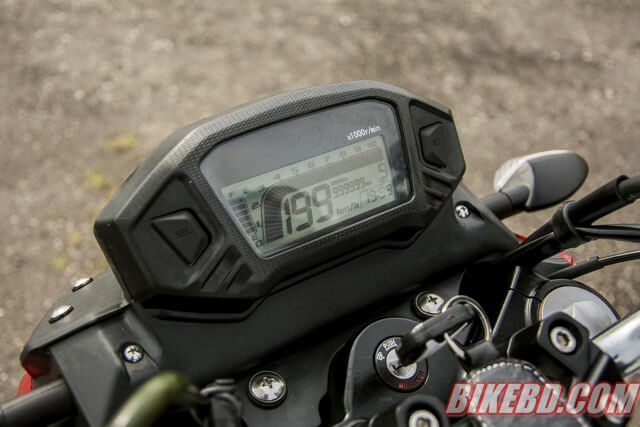 Switch gears are of normal quality, the paint of the switch gears goes off very soon. Wiring of the bike is good so in case of any major issue you can get the work done properly. I like the LED indicators as they are very flappy. Riding the bike is fun, it is not as rev happy as KPR but it does quickly picks up the speed up to 100 km/h. But after 108 km/h it takes time to climb. The corning ability of the bike is very fantastic, even though with wide handles the bike is very stable; I never experienced any tank slapper with the bike on good tarmac. 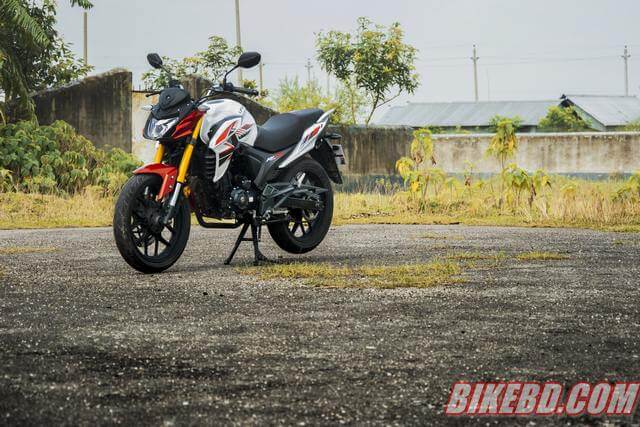 Lifan did work on the tyres, the old CST tyres in KPR were not the best, it was thin & many complained about the grip level with this now 130 rear section tyres & a new thread the grip level of the bike is far better & with assistance from those 300 mm disc brake upfront KPS performed brilliantly under high speed braking. Lifan KPS150 Review - during the test ride we felt that on the highway it is a good cruising machine, you feel very confident and relax at speeds between 80-100 km/h. The front upside down suspensions works well on smooth road but once you enter the roads with potholes it becomes a bit of a handful. Rear suspension is a need for improvements, it is OK when you are riding single but with a pillion they don’t work too well on bumpy roads. 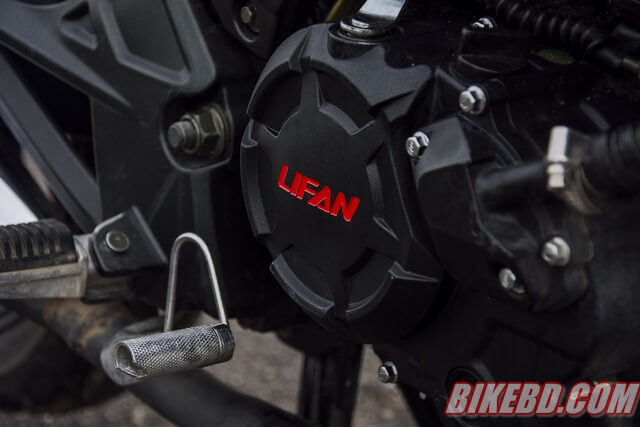 Both the brakes of Lifan KPS150 work properly & the tyres gave good support. Irritating thing is the gearbox, which becomes hard to change once you ride around 1200 – 1500 km & then you needed to adjust the clutch again to fix the issue. The speedometer light isn’t the best in daylight, even though you can see the rev counter & speed the warning lights are impossible to see during day time. Lifan KPS150 have powerful headlight for night ride; I do believe that this LED light unit is one of the most powerful in the 2 lac bike budget bracket. I tested the bike for long distance ride for about 300-400 km on a single day & experience no back pain. The highway I choose for this test was Dhaka Sylhet highway. The swing arm is now extended up with a longer wheelbase. 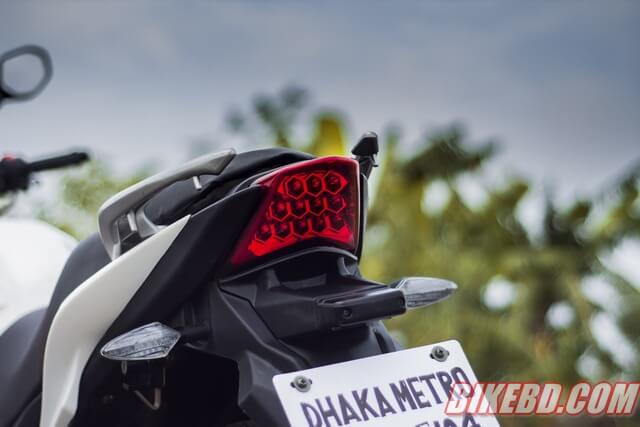 Lifan KPS150 test ride has issues to be pointed out, the single horn of the bike isn’t the best, the chain is still an headache as you need tightened it at every 500 km interval & I think the chain sprocket won’t last anything more than 10,000 km. Build quality is still something Lifan needs to raise the game, the disc quality, handle bar quality & the colours of the switch gears are not up to the mark when you are here to fight with the likes of Bajaj, TVS & Hero. The mileage we got in the city was 35-38 km/l (under test condition) while on the highway we received 40-42 km/l .  For this Lifan KPS150 Review the top speed we managed to chunk out of the bike was 122 kmph. Even though it share the same engine as KPR but due to this bike being naked & has a bigger size tyre top speed is compromised. I don’t think this bike is made for high speed but more to cruise on the highway at speed between 80-100 km/h. I still think that comparing to Lifan KPR150 the bike is a bit expensive, but on the other hand they did gave you some extra features  like having a bigger tyre, USD front suspension. We want to thanks Race Accessories for being with us in this Test Ride Review. Lifan KPS150 is a straight competitor to Race Fiero 150FR & Benelli TNT150 so it will be interesting to see how it performs in the long run. Hope we managed to describe the details in this Lifan KPS150 Review so that the bikers in Bangladesh get a better insight about the bike.r 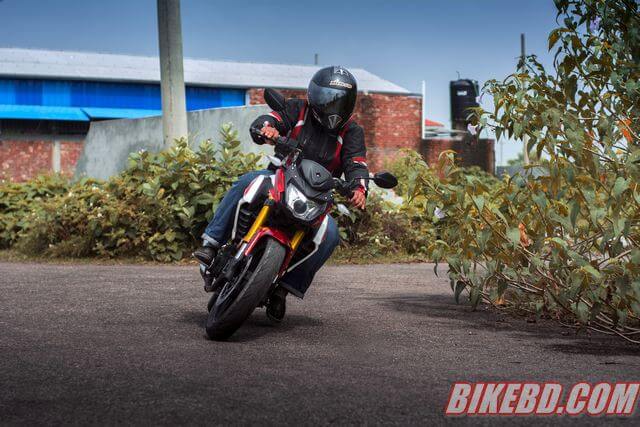 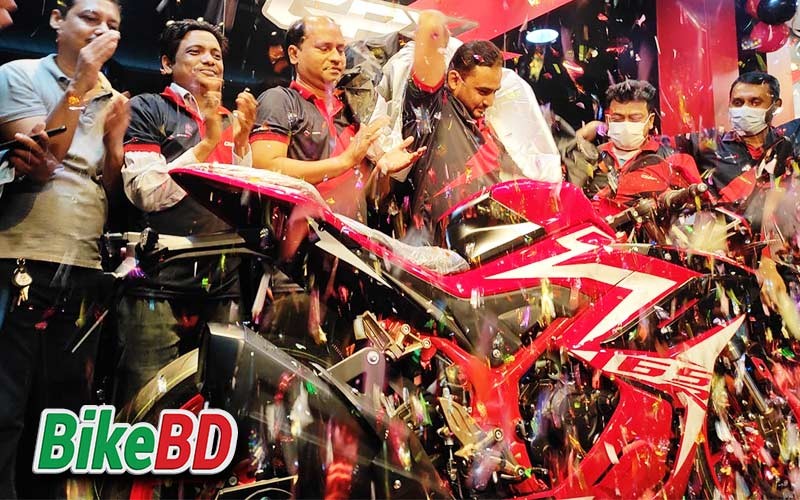