TVS Apache RTR is one of the popular names in the motorcycle market of Bangladesh (Source). Very recently Bangladesh government relaxed motorcycle engine displacement capacity limit up to 165cc. Hence we are expecting Apache RTR160 will hit our market soon where already RTR150 rolling gorgeously on our road.

Accordingly, so many questions and queries are taking place between both models of Apache RTR. Hence here is our TVS Apache RTR150 VS Apache RTR160 Comparison Review. Let’s try to know the detail about those bikes in comparison. 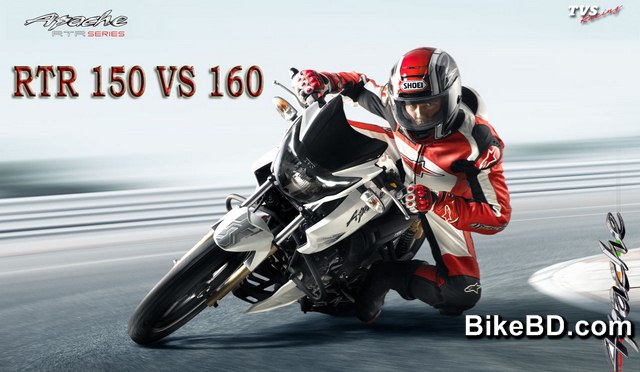 TVS Apache RTR series has developed by TVS Motor Company Limited India. The series first time started rolling from the year 2006. The Apache RTR180, therefore, the 180cc model was the standard for this RTR series. Afterward according to market flow TVS motor developed the different capacity of Apache RTR models.

Hence for the other economic country TVS also developed 150cc Apache where for the Indian market the company’s lowest capacity was 160cc. Therefore 150cc model of Apache developed only for the international economic market. And this model is quite a degraded model developed under the shadow of Apache RTR160.

You know by born TVS Apache RTR series is damn gorgeous and angry looked machine. Here the headlamp and tail lamp as usual iconic on all the existing models. So here there not a single difference came between TVS Apache RTR150 VS Apache RTR160 in terms of looks and design.

Here there are only a few minor differences are visible on both bikes that are sticker job & color. The rest of the body parts like fuel tank, seat, side panel, exhaust, engine muffler all are completely same on both bikes.

In terms of the wheel, brake and suspension system both the TVS Apache RTR150 VS Apache RTR160 are completely the same. Here both the bike comes with same dimension & size of all alloy rim with the same size of tubeless tires. 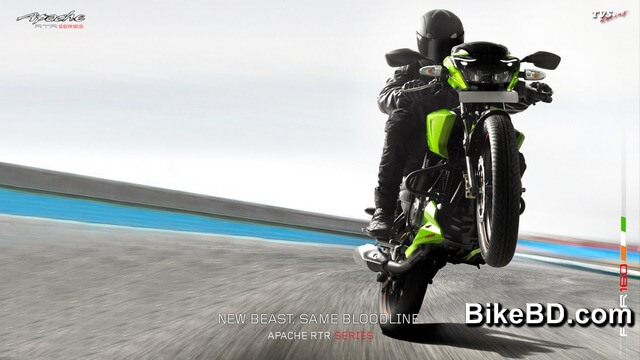 As there is no design change on the both TVS Apache RTR150 VS Apache RTR160. So riding posture and controlling behavior seem very same on both bikes. Moreover, the same assembly of the wheel, brake, suspension, and same 137kg kerb weight gave them quite the same character of control.

But from the official specification, we have noted few differences in dimension. Those differences can differentiate their controllability and riding character even for a few. Here the wheelbase and ground clearance, therefore, the saddle height of the both TVS Apache RTR150 VS Apache RTR160 is not the same.

Moreover, differences of power and acceleration have a significant impact on riding and controlling of a bike. So it seems the Apache RTR160 can be more capable in terms of controlling.

After the official specification table, you already have gotten a better view of both bikes. So here is our discussion on the engine and technical differences between TVS Apache RTR150 VS Apache RTR160. Over most of the corners of similarities, this is the most significant part which boldly differentiates both the model of Apache RTR.

See All The Available TVS Motorcycles In Bangladesh Here

Hence the cylinder displacement size difference is a big issue as the power and torque figure changes here dramatically. But the most significant difference here I found that is its cylinder dimension size that is bore & stroke size.

Here Apache RTR150 comes with quite a square shape of the cylinder that is the bore stroke length is quite same. On the counter, Apache RTR160 engine is over the square and the cylinder bore is much wider than the stroke. 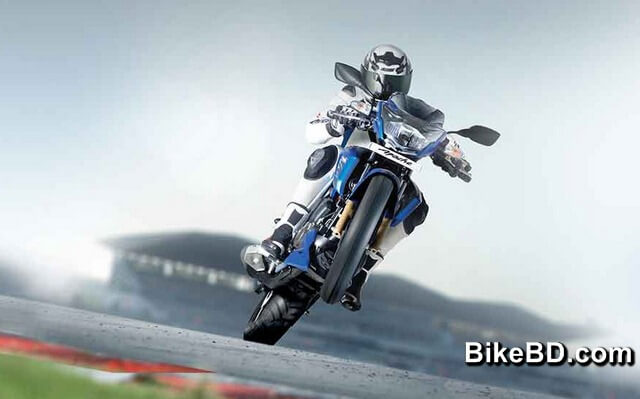 So readers after the core technical discussion here we are near to end of our today’s discussion on TVS Apache RTR150 VS Apache RTR160. Hope we could describe very clearly both the model of Apache RTR according to their official features.

To be frank, personally, I am quite hopeful about the bike of Apache RTR160 as this is the model which developed for the in-house use of the Indian motorcycle market. They designed it solely for their own use. It's not degraded or modified to cop with other countries need.

Therefore if that bike comes in our market without any modification or further change then we will get a solid Apache RTR. And wish it will able to wipe off the lacks of previous Apache RTR150.

Well at the end hope you have enjoyed our TVS Apache RTR150 VS Apache RTR160 Comparison review. So feel free to put your comments bellow related any of the bike issues; therefore stay connected with us. Thank you all. To see the details stay with us for more updated motorcycle news with our Facebook Fan Page & Do Subscribe to our Youtube Channel.