Many people are currently laughing at the Honda CUB 50, But laughing should be respected for this old but still active motorbike. It is astonishing to know that this small motorcycle manufactured in 1958 is one of the world's largest selling bikes. So far, about 88 million have been sold!

Click Here For The Video Review of Honda Wave Alpha

This bike built 50 years ago and it’s still serving! Its long lasting quality is superb, there is no problem to look after it - Honda 50 Cab is suitable for running on any street.
After first launching, the bike became popular in Southeast Asian countries like Vietnam, Indonesia, Malaysia, Cambodia. Because of a lot of sales, the CEO of Honda, Honda himself started his supervision. The engines were enhanced based on the feedback of buyers. Road, ground, dust, mud, rain, excessive temperature, snow, nothing could stop Honda CUB 50.

Discovery Channel has hosted it in 2006 with the "Greatest Ever Series". The song "Little Honda" was released in 1964. I do not know whether this has happened with any other motorbike except for Honda CUB 50.
Giving the description of the famous British newspaper, it said, "The Greatest Machine ever: The Honda Cub is a thing of beauty and long may it endure-throw it in a canal, come back in 10 years, and you can still ride it to work!" This Honda Super CUB series has several types of CC bikes and is still manufactured in 15 countries. But the bikes in this series are not yet seen in Bangladesh now. 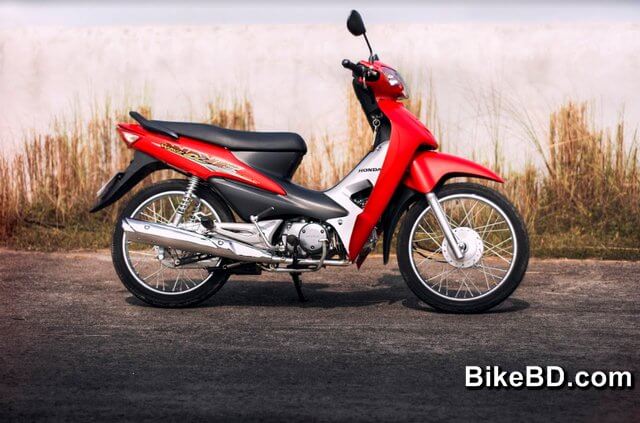 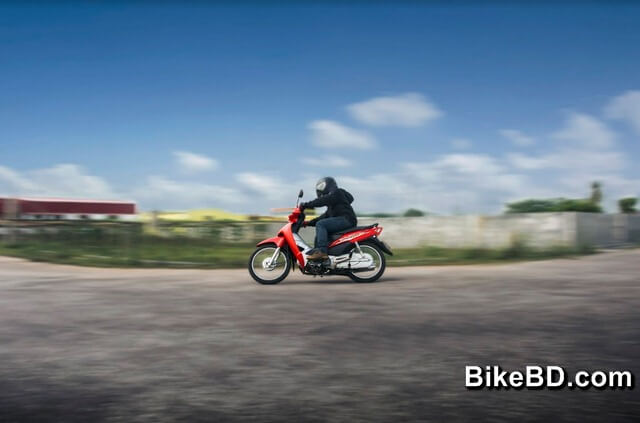 Its torque is high due to its weight and power ratio. And since it is very slim figured so easy to get out with a very narrow lane. Breaking is very good. Engine breaks also work well. Honda Wave Alpha's maximum speed is 102 km. But after 85, it takes a lot of time to speed up. A lot of 100 cc motorcycles were defeated in the race with Honda wave Alpha because its weight is low.
It’s clutch system is Auto. At the time of gear shifting, you have to completely reduce the throttle. Headlight relies on throttle. Maybe it was better if the headlight would dc operated. At the same time, it needed to increase its fuel capacity. However, in all cases we can say that this bike is very useful for everyday work. And there is nothing to say about its lasting reliability.
It can be assumed that the Honda 50's first generation contains all the virtues of it. Honda Wave Alpha can be known after 50 years in the future, whether he has maintained his dynasty.
Written By : Muhammadullah Chowdhury

For further updates keep visiting our website and subscribe to our BikeBD Youtube channel, and also eye on our BikeBD Facebook Fanpage. To see the details of Honda Bike prices in Bangladesh and the Honda showroom addresses near you visit BikeBD.Com. Advantages Of Riding A Motorcycle