Till present days 80cc bikes are one of the most useful bikes in our country. We have so many options in 80cc bikes in our country from various companies. There are two 80cc bikes in Bangladesh which are the most popular and they are Honda CD80 and Runner AD 80s. But many people is confused about which one should be bought according to their perspective. So, today we are going to discuss about Honda CD80 VS Runner AD80s comparison review to clarify the features deeply to help the bikers to make a decision.

The name of a bike company which reflects the word reliability is Honda in our country. It’s because of the bike’s durability, performance and longevity. People are still using 50 years old Honda CUB 50. It is an example of longevity of this company. Honda CD80 is the cheapest model offered by Honda Company in our country. This bike is made for the rough and regular use with high efficiency. This bike has classic looks as it is 80cc bike and Honda Company has not given focus on looks or design for this bike. Rather they have tweaked and built this for sheer performance. 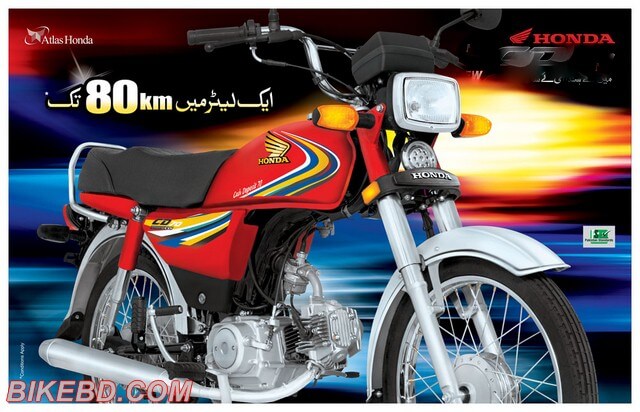 On the other hand Runner is one of the largest automobile Company of Bangladesh which has started it's journey in 2000. Surprisingly Runner AD 80s is one of the top selling models of our country. It has also gained popularity among the general consumers by it's durability, longevity and performance. It also has classic looks and high efficient characteristics along with low price. These are the vital points which attract its target consumer segment. 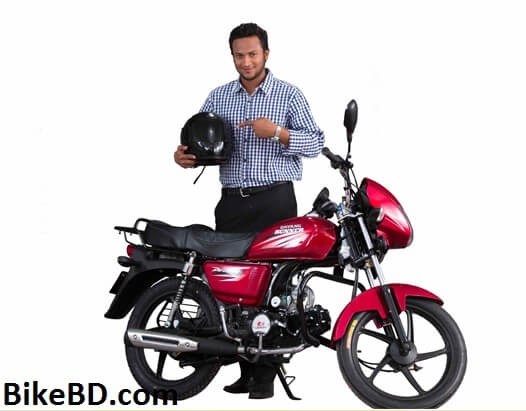 Looks and designs of Honda CD80 VS Runner AD80s:

Both of these bikes have similar looks. As they are 80cc bikes so the looks of these bikes are a little bit classic . Honda CD80 has “Spokes” on its wheels, long seat, square shaped head lamp and rear light along with silver color engine. It has little graphical lines in the oil tank and lower plastic parts under the seat with the steeled logo of Honda and the whole body comes with glossy red color. The exhaust is also silver colored and the speedometer is situated just top-back of the headlight. 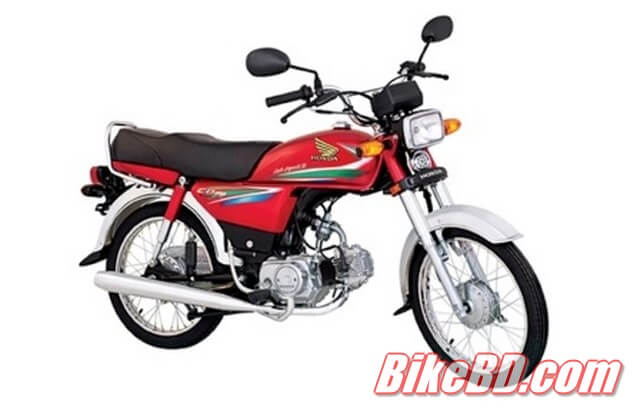 Runner AD 80s has two types of wheels. One of its versions comes up with spoke rim and another version comes up with alloy rim. It also has long seat and a little curve in the middle of the seat. It also has silver colored engine, mud guards, exhaust and bumper. Whole body comes up with sweet red and some graphical work with the logo of Dayang Runner is on the oil tank and lower plastic parts under the seat. It has little bit stylish headlamp then its previous version. So if we talk about looks of Honda CD80 VS Runner AD80s then Runner AD80S will be slightly ahead in this purpose. 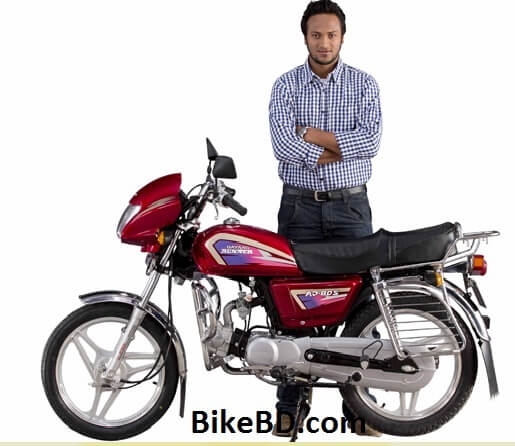 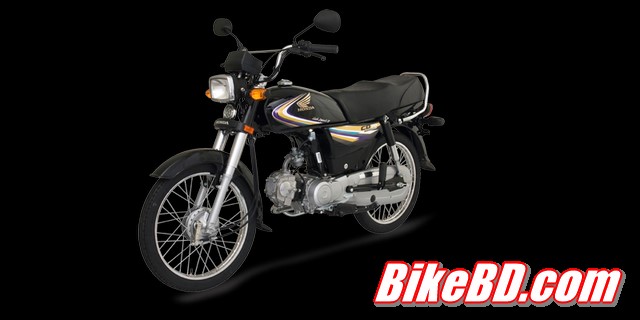 As we told before that both of the bikes have almost similar looks except the head light design as the new version of Runner AD 80s has changed their previous head light design. Both of them have 4 strokes, single cylindered air cooled engine. Another similarity of these bikes is kick start. Dry weight of these bikes is almost same which has just 1 kilogram difference between them. These are the basic similarities which we have found in these bikes.

Engine and performance of Honda CD80 vs Runner AD80s:

Honda CD 80 has four stroke OHC, air cooled, single cylinder engine with 72cc displacement. It has 4 speed continuous mash transmissions and multiple wet type clutch plates. This engine can generate a pretty standard power and delivers great mileage. It can generate 4.4 BHP of power peak at 6500 RPM and 5.16 NM of torque at 5500 RPM. It has great durability and longevity.

On the other hand Runner AD 80s also has four stroke, air cooled, single cylinder engine with 79cc displacement. It also has 4 speed transmissions. The engine of this bike can generate 6.44 BHP of power at 7500 RPM and 5.7 NM of torque at 6000 RPM. It also delivers high efficient mileage and great comfort during regular ride. So in this aspect if we talk about engine and performance of Honda CD80 vs Runner AD80s then we will see that Runner AD 80s has more powerful engine than Honda CD80 but Honda CD80 will give longer hassle free riding experience to the biker.

Click Here to see the Honda CD80 price in Bangladesh

Honda CD 80 is a bike for those who are looking for efficient mileage rather than speed or looks. This bike is for those who are looking for efficient mileage with great comfort. They don’t want any speeding characteristics or don’t have vital focus on the outer looks. The spare parts and skilled mechanics for this bike are available in the cities, rural and the extreme rural areas of Bangladesh. The consumer will have longer hassle free biking life during the use of this bike. It has less top speed ability than the other bike we are comparing with. So definitely the speed or top speed of this bike is not the characteristics to reflect this model. 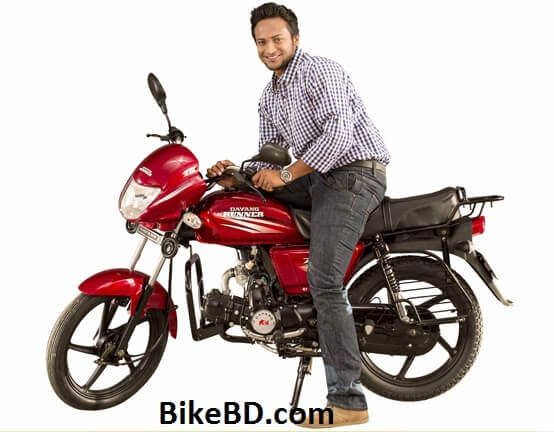 Runner AD 80s is also a bike for those who are looking for efficient mileage with well powered engine. Though it is a 80cc bike but it has good top speed and red lining characteristics. Runner AD 80s will also deliver high efficient mileage. Runner AD 80s is also very comfortable but less comfortable than Honda CD 80s. It has more stylish look as it has stylish headlamp and rear lights than Honda CD 80s. The spare parts and skilled mechanics for this bike are available almost in all the areas of Bangladesh but if we compare it with Honda then Runner will be slightly behind them but it has a very good position in this aspect also. Users of this bike can generate greater speed than Honda CD80 which will help them in city commuting rides and long rides. Now the consumers of Honda CD80 VS Runner AD80s are very much different to each other. So we hope that it will help you guys to choose the best one from these two for you. 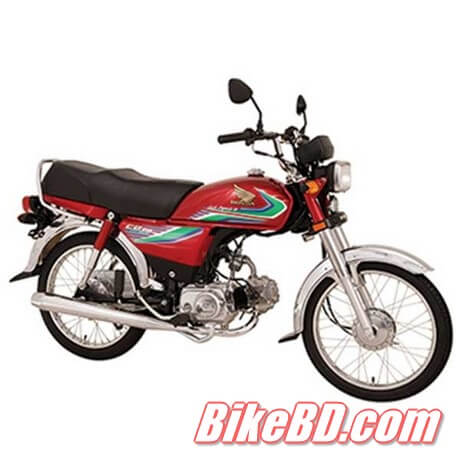 Both of these bikes are delivering their best in this segment. Both of the consumer segments are being satisfied by the performance of both bikes. These two bikes are the best selling, performing and cheapest 80cc bikes in this segment. Hope you guys liked this Honda CD80 VS Runner AD80s comparison review. Please leave a comment if you need anymore info or insight. Always wear helmet and, Ride Safe.